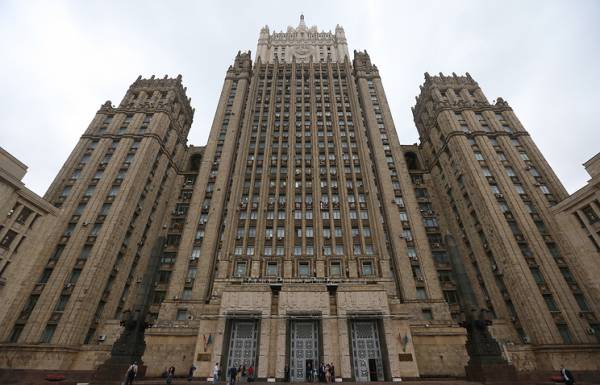 MOSCOW, August 17. /TASS/. Moscow sent Washington a note of protest due to violations of international law with respect to diplomatic missions of Russia. This is stated in the message of the foreign Ministry.

“Continuing flagrant violation of the United States of international law concerning diplomatic missions and consular institutions of the Russian Federation on the territory of the USA the Ministry of foreign Affairs of Russia expressed to the State Department a strong protest by sending through diplomatic channels a corresponding note,” reads the website of the Russian foreign Ministry.