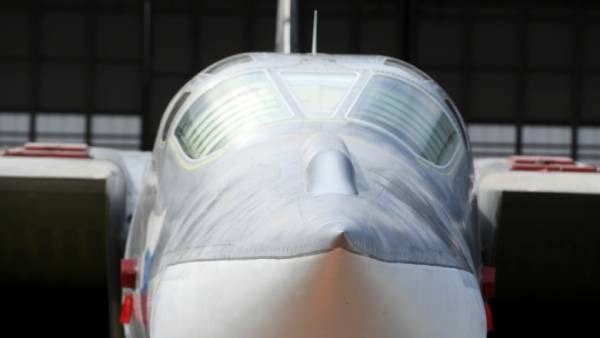 The first experimental Tu-22M3M created in the framework of the modernization of long-range supersonic missile-bomber with variable sweep wing Tu-22M3. The defense Ministry will decide on the launch of a massive programme of updates of aircraft state testing results. The first flight of the Tu-22M3M to be held in September 2018. In the case of successful tests to the level of Tu-22M3M modernize 30 Tu-22M3.

During the download an error has occurred.Tu-22M3M equipped with modern avionics on the Russian element base

The upgraded aircraft received a new navigation, communication, sighting equipment, engine controls and fuel automation, as well as modern electronic warfare systems. The avionics of the Tu-22M3M unified with similar systems of the strategic bomber Tu-160M. Thus the equipment which you plan to install for a modification of the Tu-160M2, will initially be tested on the Tu-22M3M.

Artificial intelligence provides the information management support system of the crew and includes, in particular, a digital display in the cockpit. In case of receipt of incorrect information from satellites and failure or on-Board electrical systems, the crew takes the controls.

For this, the aircraft will receive a new set of weapons, including modern means of communication and navigation, electronic warfare and precision-guided antiship cruise missile of class “air-surface” X-32. In the future Tu-22M3M plan to equip hypersonic aircraft missile complex “Dagger”, range in which the composition of the missile-bomber is estimated at three thousand kilometers. Details of modernization of the Tu-22M3M are classified information.

Tu-22M3M equipped with three cruise missiles X-32 (a range of 600-1000 kilometers and a speed of 4-5,4 thousand kilometers per hour), according to the declared characteristics, capable of hitting an American aircraft carrier, as well as almost any strategic target in Europe. Designed to intercept Tu-22M3 multipurpose American jet fighter Grumman F-14 Tomcat retired, and replaced their Boeing F/A-18E/F Super Hornet is not enough.