The Kremlin said the mother Sentsov petition for release of son

Ukrainian Director Oleg Sentsov, who was sentenced to 20 years in a strict regime for the preparation of terrorist acts, must apply to the President of Russia Vladimir Putin with the request for pardon for the start of the procedure. This is stated in the reply of the office of the President of Russia on constitutional rights of the citizens on the request of the mother of the prisoner, Ludmila Sentsova. The reply dated 3 Aug. 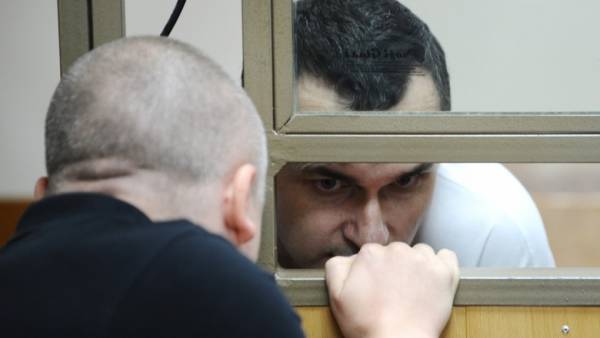 “In accordance with the regulation on the procedure of consideration of applications for pardon in the Russian Federation … the clemency process begins with a personal petition of the convicted person for pardon, which refers to the President of the Russian Federation in writing through the administration of the correctional institution where he is serving his sentence,” — said in the document, a scan of which is published on its website the channel “Gromadske”. The final decision on clemency is made by the President of Russia, specified in the response.

The petition of the mother after his release was transferred to the Commission on pardons of the Yamalo-Nenets Autonomous district.

From the Kremlin’s response sister. Natalia Kaplan concluded that “Oleg not going to let go”. She stated in a commentary channel, noting that her brother is “definitely not going to write a petition for pardon.” About the same previously stated the lawyer of the Director.

In the Russian practice there were cases when a pardon was carried out without their personal requests. This was the case with former Ukrainian servicewoman Nadezhda Savchenko. She asked for the relatives of the victims of the VGTRK journalists Igor Kornelyuk and Anton Voloshin in the murder of which she was accused.

Sentsov was accused of acting in Crimea a terrorist group in August 2015 may 14, 2018, the Director announced a hunger strike. 8 Aug Natalia Kaplan reported on the serious condition of Sentsov and that he can’t walk. August 9 in a press-service UFSIN Rossii po YANAO said that the last medical examination did not reveal deterioration of his health.