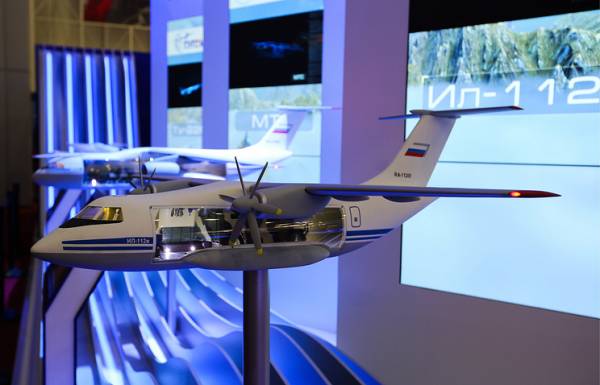 The layout of the aircraft Il-112V

MOSCOW, August 15. /TASS/. The creation of the third and fourth military transport aircraft Il-112V is scheduled to begin at the Voronezh aircraft plant after 2-3 months. About it journalists were reported by the press service of JSC “Il”.

“General Director of JSC “Il” expressed confidence that the third and fourth planes (the first series) will be established at the Voronezh aviation plant in the next 2-3 months,” the company said.

Now the plant in Voronezh, with the first prototype aircraft is the second, designed for endurance and static tests, noted in the JSC “Il”.

“The necessary resource and static tests are performed, and future have meaning only for mass exploitation in the near future are not taken into account”, – quoted the press service of the company the General Director of OJSC “Il” Alexey Rogozin.

On the causes of delays

Construction delays the first sample of military transport aircraft Il-112V on the Voronezh aircraft factory have several reasons, in particular, problems with the supply of components, as reported in a press-service of JSC “Il”.

“Judging by the graphics, first off is scheduled for autumn. The delay in construction is due to several reasons. This and the repeated delays of deliveries of components, and problems arising from Assembly of the prototype at the production plant,” – said the press service.