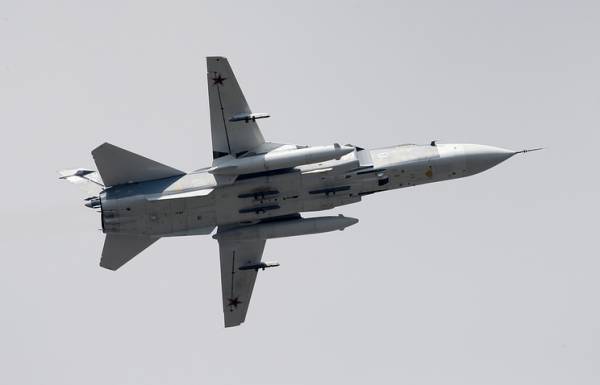 According to authorities, 13 Aug four aircraft of naval aviation of the black sea fleet, among whom there was not a single su-24 bomber, was performed routine training flights over the Black sea. “After the completion of the flight task in a given area of airspace by Russian aircraft at a distance of over 30 km was discovered military aircraft of the countries of NATO”, – said the Ministry of defense.