Moscow. 15 Aug. INTERFAX.RU — the Investigatory Committee on Transbaikalian edge criminal case about excess of powers of office on the fact of beating of two prisoners in penal colony № 5 (IR-5). 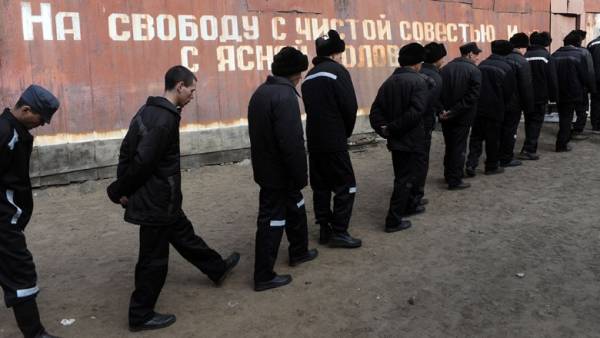 “The investigative Committee opened a criminal case on the fact of violence to convicted Alexander Nohrin and Eugene Krieger reported beating by officers of IK-5 in Zabaykalsky Krai (paragraphs “a”, “b” part 3 article 286 of the criminal code). While the case has been initiated against unidentified employees of fku IK-5″, — reported “Interfax” the lawyer of Anastasia Kopteva cooperating with the human rights organization “Area law”.

According to the lawyer, from the decision about excitation of criminal case it follows that July 8, 2018 unidentified prison staff “with the transfer of prisoners from one cell to another, in violation of the rights and legitimate interests of convicts, clearly exceeding his powers, using violence, using special means, arms and legs, as well as special electric devices that have caused multiple blows to various parts of the body of convicts Nokhrina and Krieger”.

In the written survey Nohrin explained to the lawyers that he was kicked and beaten with a Taser at least five members of the colony, who “was in a state of intoxication, or rather, they smelled of alcohol” and “was upset that the Russian football team lost the day before Croatia and, apparently, so I decided to vent on me his shame,” said Kopteva.