The Saint-Petersburg Union of scientists asked the President of Russia Vladimir Putin “on humanitarian grounds” to check the validity of treason charges and arrest 74-year-old researcher at the Institute Victor Kudryavtsev. 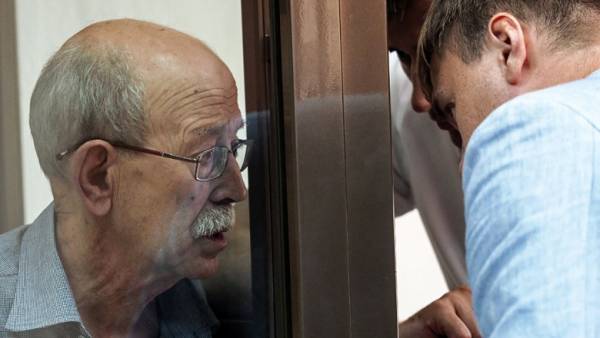 In an open letter sent to the office of the head of state, said that the scientist kept in prison under conditions that threaten his health and life. Mr. Kudryavtsev “suffer from serious chronic diseases, suffered a heart attack, sick of a sugar diabetes of the 2nd type,” write the members of the Union. They are asking the President to “use authority” to the scientist to court changed a measure of restraint.

Press Secretary of the President of Russia Dmitry Peskov has declared to journalists that the Kremlin is about the letter of scientists learned from the media. “I don’t know that officially, this letter included. But from media reports, we have learned that such treatment was done. But how, through which channels, I can’t tell you, did not have such information”, — quotes its words “Interfax”.

Read more about an open letter the scientists read in the article “Kommersant” “Victor Kudryavtsev asked to return home alive”.