Yushchenko called Ukrainians slaves without a plan for victory

The former President of Ukraine Viktor Yushchenko made unflattering remarks about his compatriots in an interview to “the Ukrainian truth”. Politician called them slaves, trying to explain why Ukraine can “defeat Russia”. 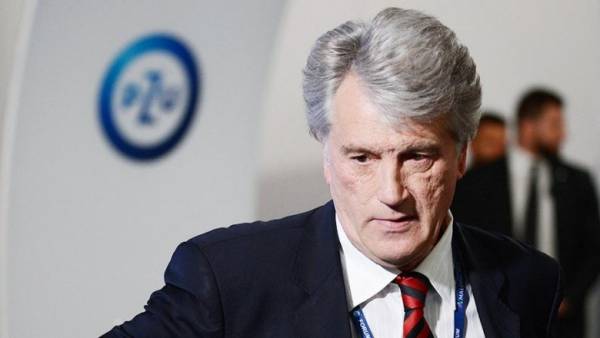 In his opinion, the government does not use the full Arsenal of diplomatic tools that are available. “In this state, there is no plan for victory. Because you’re not acting like people who claims victory. You are already slaves,” said Yushchenko.

The former President drew attention to the close economic ties between Ukraine and Russia. He noted that Russia in 2014, 2015, 2016 and 2017 the first trading partner of Ukraine. “You will ask, are you really fighting for? Are you really going to liberate the territory?”, asked the former Ukrainian leader.

The reason for the “loss” of Crimea and the conflict in the Donbass Yushchenko said the lack of cohesion of the Ukrainian people. According to him, in military conflicts the key role played by the spirit of the people.