Erdogan has announced to boycott Turkey, electronics from USA 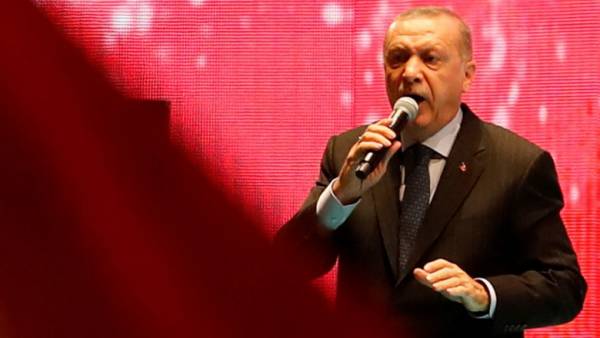 “We can do two things — one in Economics and one in politics. We made arrangements for the needs of the economy and we will continue to implement them. But more importantly, in my opinion, is to keep strong our political position”, — stressed Erdogan.

Earlier, Erdogan said that Turkey is preparing to move to settlements in national currencies in trade with its largest partners — China, Russia, Iran and Ukraine. If the countries of Europe also want to get rid of the “shackles” of the U.S., Ankara is ready and with them to trade in national currencies, he said.

Turkey will not accept a world order in which the world declared economic war on a country pressured by the threat of sanctions, stressed Erdogan. Anyone who was the cause of the suffering of the Turkish people, sooner or later will answer for it, warned the Turkish leader.

Friday began the collapse of the Turkish Lira. One of the main reasons were doubts of investors in the independence of the Central Bank of Turkey from Erdogan and his unconventional views on monetary policy. The volatility in the Turkish market have intensified after the escalation of the conflict with Washington. The President of the United States Donald trump announced a plan to double the duties on Turkish aluminium and steel.

In early August, the US imposed sanctions against the Ministers of justice and internal Affairs of Turkey. In response, Erdogan has ordered to freeze the accounts of two American Ministers. In addition, the Turkish authorities have detained American pastor Andrew Brunson. A Protestant pastor was arrested last year on charges of aiding the PKK and the organization of the FETO (both banned in Turkey). Latest Ankara considers the organizer of the coup attempt, undertaken in 2016.