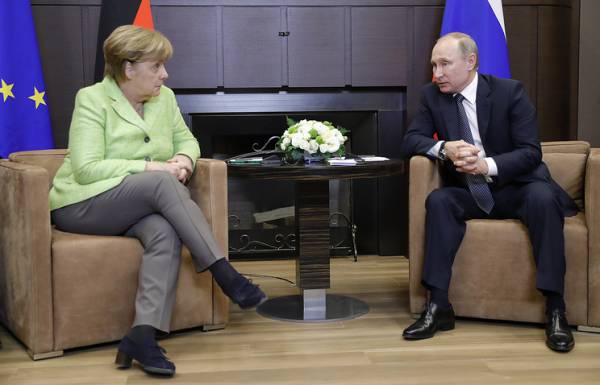 MOSCOW, August 13. /TASS/. Russian President Vladimir Putin and German Chancellor Angela Merkel at a meeting on 18 August in Berlin can consider the joint action of the two countries to bypass the extraterritorial US sanctions, particularly against Iran. This opinion in an interview with TASS was expressed on Monday by the Deputy Director of Institute of Europe RAS Vladislav Belov.