MOSCOW, Aug 11 — RIA Novosti. Russia will not tolerate a conversation from a position of strength, stated in an interview with TV channel “Russia 24” Minister of defense Sergei Shoigu. 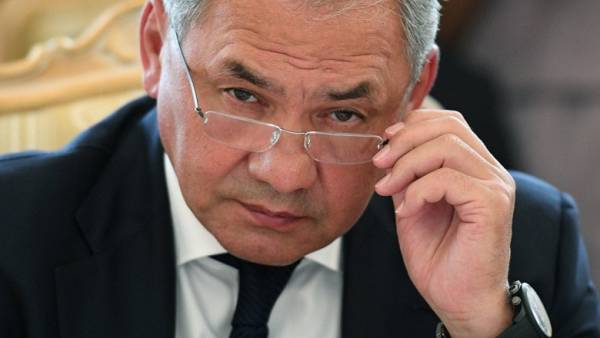 He commented on the statement of the Minister of defence of Germany Ursula von der Leyen, who in April stated the need for a hard line in relations with Russia. Shoigu advised a German colleague to remember the history.

The Minister also reminded what the consequences cited such statements.

“Ask the grandparents: what is it like to talk with Russia from a position of strength. They’ll probably be able to tell you,” he said.

In summary, Shoigu noted that Russia remained open to any contacts and equal cooperation.

Recently, some European countries are encouraged to build a dialogue with Russia with the “position of strength”. In particular, with such statements, except Leyen, made by the British Prime Minister Theresa may and foreign Minister of Estonia Sven Mixer.