In the UK at auction sold the death mask of Stalin

MOSCOW, 10 Aug — RIA Novosti. Bronze death mask of Joseph Stalin and casts of the hands of his hands was sold for 13.5 thousand pounds sterling (17,4 thousands of U.S. dollars) at auction at The Canterbury Auction Galleries in the UK, reported on the auction site. 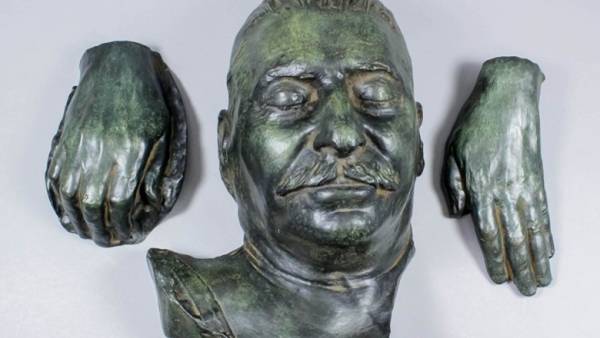 Mask and cast of hands was initially estimated auction in two and a half thousand pounds (1.9 to 2.5 thousand US dollars).

According to the magazine Antique Collection, the previous owner found them in the things of his grandfather, who was a merchant seaman. The personnel of the auction, it was difficult to assess this item.

It is reported that a bronze mask and hands in early August, bought the phone overseas collector.