ATHENS, Aug 10 — RIA Novosti, Gennady Melnik. The Ministry of foreign Affairs of Greece withdraws from Moscow its Ambassador Andreas Fryganas, told RIA Novosti on Friday a source in the government. 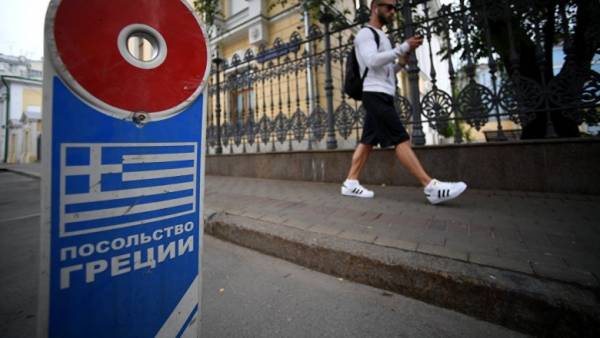 According to the interlocutor of the Agency, this decision was made personally by the Minister of foreign Affairs of Greece Nikos Kotzias.

The source said that in the coming days Fryganas return to Athens, to Moscow will be sent another Ambassador, but it is not known when it will happen. Information about the recall of Ambassador confirmed the Greek diplomatic source.

The official comment of the foreign Ministry to get so far failed.

The recall of the Ambassador comes at a time of crisis in the diplomatic relations between the two countries after the mutual expulsion of Greek and Russian diplomats.

The relations of the countries

Moscow denied the allegations and promised that these steps will not remain without response. As stated by the Minister of foreign Affairs Sergey Lavrov, the decision to expel the Russian diplomats was accepted under strong pressure from those “who wants to shape of any country anti-Russian front”.

Subsequently Moscow took mirror measures against the Greek diplomats. The Greek foreign Ministry, commenting on the actions of the Russian authorities, called Russia a “friend of Turkey-in-arms”. In Athens also said that Moscow has steadily moved away from the position corresponding to the level of friendship and cooperation that characterized relations between Greece and Russia over 190 years.