Pompeo in the conversation with Lavrov, said the desire to improve relations with Russia

Moscow. August 10. INTERFAX.RU — U.S. Secretary of state Mike Pompeo in a telephone conversation with the foreign Minister of Russia Sergey Lavrov said that the United States wants to improve relations with Russia, said on Friday at the state Department. 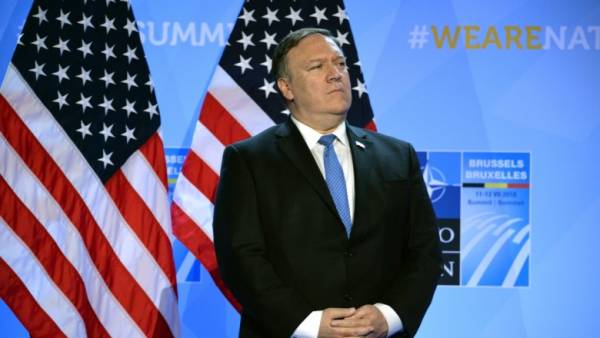 “The Secretary of state Pompeo confirmed that the United States wants to improve relations with Russia and agreed to continue the dialogue”, — stated in the message.

Pompeo also discussed with Lavrov the imminent introduction of new U.S. sanctions against Russia and the situation in Syria, the report says.

Earlier, the Russian foreign Ministry said that the conversation between Pompeo and Lavrov took place on the initiative of the American side, discussed issues on the international agenda, including Syria.

In addition, “the Russian side had expressed a categorical rejection of the recently announced Washington’s new sanctions, citing the alleged information about the Russian involvement in the so-called “case Skrobala,” said the Russian foreign Ministry.

It became known yesterday that the United States in the fall I plan to enter the second package of sanctions against Russia in response to “the case Skrypalia”.