Presidential aide Andrei Belousov told “Vedomosti” that his initiative to withdraw “profits” from the mining, chemical and petrochemical companies needed to align the tax burden in Russia and not to carry out the new decrees of. 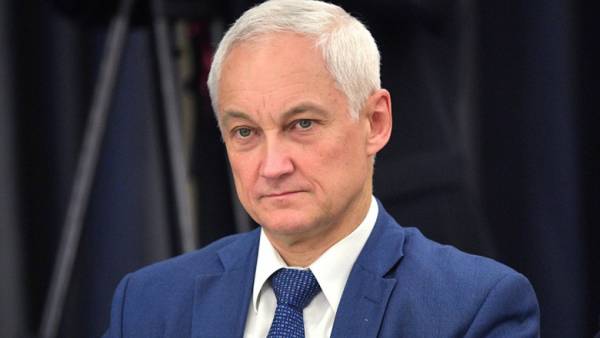 Tax maneuver in the oil industry and the VAT increase, according to him, the affected oil industry workers, the population and business but not chemists and metallurgists.

Fans tell jokes I want to remind the main law of capitalism: “it is necessary to Share”Andrew Belousovova President

Earlier on the request of “sheets” comment on the proposal of Andrei Belousov said the joke Vladimir Lisin, owner of NLMK, included in the list of assistant to the President.

Mr. Belousov stressed that it is not about the proposal to “withdraw” the metallurgists and chemists 0.5 trillion rubles., and on the elaboration of such a mechanism. The issue will be discussed, including business representatives, he added. He indicated that the additional revenues of commodity exporters are associated with them independent of macroeconomic factors: the weakening of the ruble and higher prices for their products.

The implementation of the proposal of Mr. Belousov, according to his calculations, will allow the budget to 0.5 trillion rubles. In the list of companies for which the assistant to the President proposes to introduce additional tax exemptions, in particular, were “Norilsk Nickel”, NLMK, Severstal, MMK, Mechel, ALROSA and others.

The Russian Union of Industrialists and entrepreneurs criticized the idea of Mr. Belousov. Press Secretary of the President Dmitry Peskov explained that the resolution of the head of state means is the approval of the study by the government. First Deputy Prime Minister Anton Siluanov said that the government will implement the order of the President will handle the issue. Thus, according to him, currently, increasing taxes for some sectors of the economy now is not prepared.