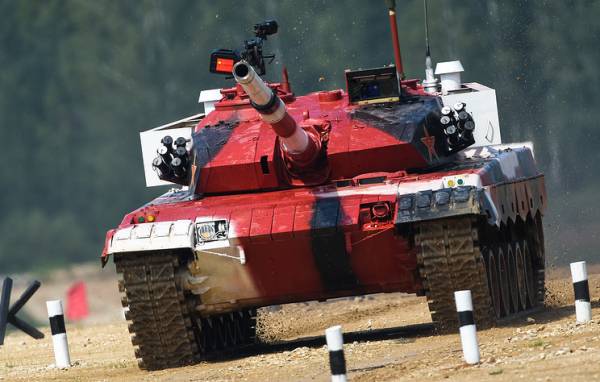 The main contenders for victory in the “Tank biathlon” are traditionally Russian tankers. A chance to challenge the leadership have teams of Belarus and Kazakhstan, acting on T-72B3. However, the most dangerous opponent looks to be the Chinese team on the tanks of its own production Type 96В. The rest of the crew also competes at the limit of their capabilities and can compete with the leaders of the team classification.

TASS estimated the chances of success of the Chinese Type 96, and to understand its features helped the General-the major in resignation Nikolay Motrin in the recent past Vice-President of the International Federation of tank biathlon, and coach teams of DOSAAF of Russia in the “Tank biathlon” and “Suvorov onslaught”.

Their ancestry Type 96, like many other examples of Chinese military equipment, leads from the Soviet prototypes. So appeared the first collected in China tanks Type 59, which was a simplified version of the Soviet T-54. In 1982, the Type 69, which was established on the basis of T-55.