Pompeo urged Poroshenko to comply with the IMF 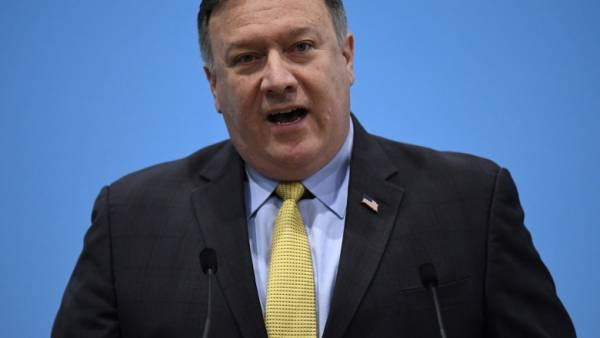 Pompeo also, once again, assured Poroshenko that the United States supports the territorial integrity of Ukraine and will never recognize “Russia’s attempt to Annex Crimea”.

Poroshenko August 2 signed the regulation of appeal in the law on Higher anti-corruption court, it will ensure the effective beginning of the work of the court and its appeals chamber.

The creation of an anti-corruption court is one of the key requirements that the IMF has put forward to Kiev to provide the next tranche. Poroshenko signed the law in June, August 2, it approved the regulation of appeal, which should ensure the effective beginning of the work of the court and its appeals chamber.

The four-year program of IMF with the use of the extended financing facility (EFF) provides for the allocation of Ukraine 17.5 billion dollars.

The Ukrainian authorities expect to receive a fifth tranche from the IMF before the end of 2017, but he is still not highlighted. Now Kyiv expects to receive tranche this year, and the authorities are called different terms. In particular, the Prime Minister of Ukraine Volodymyr Groisman said about the first half of the year, the national Bank predicted the receipt of the tranche in the fall.

The reunification of the Crimea with Russia

Crimea became a Russian region after held there in March 2014 referendum in which 96.77% of voters of the Republic of Crimea and 95.6% of residents of Sevastopol voted for joining Russian Federation. Crimean authorities held a referendum after a coup in Ukraine in February 2014.