WASHINGTON, 8 Aug. /TASS/ — the Head a press-services of the Department of state Heather Nauert reiterated that the US does not recognize the independence of Abkhazia and South Ossetia. 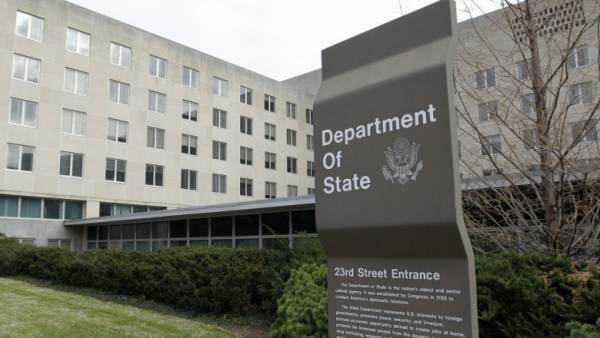 The United States declared non-recognition of the status of Abkhazia and South Ossetia and called on Russia to withdraw its military units. This position of the Washington administration once again announced Tuesday the head a press-services of US state Department Heather Nauert during a regular press briefing.

These regions are part of Georgia, they are not part of Russia, and the United States continues to support Georgia’s sovereignty and territorial integrity within its internationally recognized borders.Heather Newartriotgirl press service of the state Department

“The United States calls on Russia to withdraw its troops to positions they held before the invasion and before the agreement on ceasefire in 2008,” added Nauert.

During the Soviet Union, South Ossetia was part of Soviet Georgia as an Autonomous region. In the late 1980-ies, when, in Tbilisi, has declared a policy of exit from the Soviet Union, South Ossetia began the struggle for independence. 20 September 1990, the local Parliament proclaimed the establishment of the Republic, and in January 1991, the region was airlifted Georgian troops. Thanks to the contract signed in 1992 Dagomys agreement, Russian peacekeepers entered South Ossetia to conflict resolution.

As a result of armed clashes from November 1990 to July 1992, according to various estimates, killed from 2 thousand to 4 thousand people. On the night of 8 August 2008, Georgia has again committed an armed attack on the Republic, then Russia came to the defense of its citizens, many of whom have taken Russian citizenship.