Biologists have found a gene that is associated with the obedience of the foxes described in Nature Ecology&Evolution. It SorCS1 that encodes the eponymous protein that regulates the transfer of signals between the neurons of the Central nervous system. 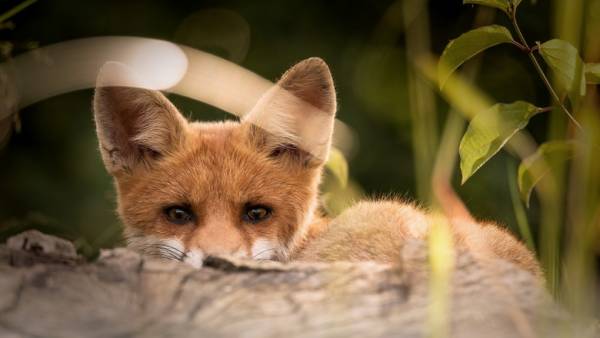 The common or red Fox (Vulpes Vulpes) belongs to the same family of canids, and wolves, a subspecies of the common wolf — dog. But, unlike dogs, which were domesticated about 15 thousand years ago, evidence that ancient people tried to domesticate foxes, no. They began to domesticate recently, and for research purposes. In the late 50-ies of the last century in the Novosibirsk Institute of Cytology and genetics group genetics Dmitry Belyaev, to find out how did the domestication of dogs, the beginning of the experiment on domestication of silver foxes (rock common).

In Europe, police dogs given shoes

The researchers selected the most docile human animals and as a result, over 50 generations took the band foxes, the behavior is similar to dogs. Later scientists began to select animals with increased aggressiveness towards man and has achieved success for 40 generations. At the same time, geneticists have left a part of the farm’s foxes, from which selected animals in the control group and did not conduct their experiments in breeding.

In the new work of the Russian, American and Chinese scientists under the leadership of Anna Kukekova from the University of Illinois at Urbana-Champaign tried to identify regions in the genome of foxes influencing aggression or obedience. They otsenival the genome of the wild red foxes with a 94-fold coverage as a reference. As a pilot, the researchers collected DNA samples from 30 individuals and 10 aggressive foxes, docile 10 and 10 animals from the control group.

In the result, it was found 103 area of the genome that differ in the three populations of foxes. They researchers found a number of genes that are associated with aggression in mice and autistic spectrum disorders and bipolar disorder in people, including revealed a mutation in the gene CACNA1C, which is associated with autism.

In addition, the researchers suggested that changes in behavior can be linked a variant of a gene SorCS1, which is found at the docile foxes, but is not aggressive. SorCS1 encodes the eponymous protein that regulates the transport of proteins neurexin (the kind the authors of the article did not specify) and the AMPA receptor, providing signal transmission between neurons. As shown (1, 2), mutations in the gene SorCS1, as well as in the genes encoding neurexin and subunit of the AMPA receptor, are associated with several disorders in humans, including autism and schizophrenia.

We think the gene makes more docile foxes. But we don’t want to overestimate its influence — obedience is not associated with a single gene. The picture is definitely more complex.Anna Kukekova

Recently, zoologists have confirmed once again that Fox is not called cunning. Australian scientists have observed how the local foxes have invented a new method of hunting, learned to climb trees in search of koalas and other arboreal animals. And the gray foxes that live in America have found a way to scare off predators that prey on them. They began to RUB against the marks left by the Cougar, getting, thus, the smell of a larger predator.