The history of U.S. sanctions against Iran. Dossier

TASS-DOSSIER // 6 Aug trump has signed a decree on the restoration of sanctions against Iran in two phases. 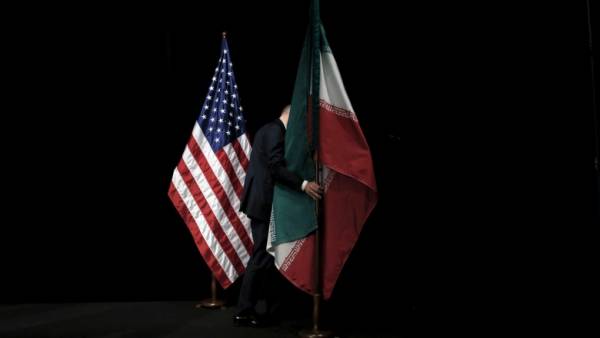 6 August 2018 US President Donald trump signed the Executive decree for the restoration of two phases of sanctions against Iran, which was abolished after the signing in January 2016 Joint comprehensive plan of action on Tehran’s nuclear program (SVPD).

Editorial from the guardian, the DOSSIER prepared material concerning restrictive measures of the USA against this country.

The first unilateral U.S. sanctions against Iran was introduced shortly after the Islamic revolution (1978-1979), which in this country was overthrown by the Shah’s regime. The reason for them was the seizure of the U.S. Embassy and its staff in Tehran on 4 November 1979 a group of Iranian students, demanding that Washington give who was in the US of the former Shah Mohammad Reza Pahlavi to Iran for trial and to return exported wealth (52 of the 66 hostages were imprisoned for 444 days and were released only on 20 January 1981).

Then Washington had a hard pressure on Tehran — the decree of U.S. President Jimmy Carter on 14 November 1979 and was discontinued the purchase of Iranian oil, frozen Iranian deposits in American banks and their foreign branches, has banned the sale to Iran of spare parts for military equipment.

After the rupture of diplomatic relations in April 1980, a ban was imposed on the export of American goods to Iran, including food and medicines, on remittances to this country, and the importation of Iranian goods. In January 1981, the embargo was lifted, but restrictions on financial transactions continued to operate.

In subsequent years, the sanctions regime, the U.S. has repeatedly corrected — part of the prohibitions were canceled, and the other tightened, they introduced new restrictions.

The reasons for the imposition of sanctions was called support of terrorism, violation of human rights, the development of nuclear missile programs.

So, 28 September 1984, the administration of Ronald Reagan imposed additional controls on exports to Iran in connection with the inclusion in the list of States supporting terrorism. October 29, 1987 was again restricted imports of Iranian goods, mainly oil. In November 1990, the American company received permission to import a limited amount of oil from Iran.

In October 2006 was adopted the law on support of freedom in Iran (the new version of the 1996 act; in 2016 was extended to 10 years), in connection with the development of Iran’s nuclear program extended sanctions on Iranian banks, companies and individuals related to the nuclear and weapon industry.

The revision of the sanctions (2006-2016)After 2006, Iran entered into negotiations on its nuclear program with “six” of mediators (France, Germany, UK, USA, Russia and China), as well as with the coming to power in the United States in 2009, Barack Obama in bilateral relations has been warming.

From the effect of sanctions was launched a number of products and removed some bans. So, in 2007-2008, the American companies were allowed to export to Iran of agricultural products and medicines and import from there caviar, pistachios and carpets.

In 2009 to the list of permitted exports of goods added publishing products, in 2010 lifted the ban on the sale to Iran by American firms developed software for computers in 2013 — computer equipment. In September 2013, the government of the USA allowed to work in Iran to non-profit organizations involved in elimination of consequences of natural disasters, protection of wildlife, protection of human rights, as well as sports associations.