Zakharova found off the coast of Chukotka American: he’ll be fine

MOSCOW, Aug 3 — RIA Novosti. An American who happened to be in the open sea and were later found off the coast of Chukotka, healthy, local authorities are in contact with the Consulate General of the United States, announced on Friday the official representative of Russian foreign Ministry Maria Zakharova. 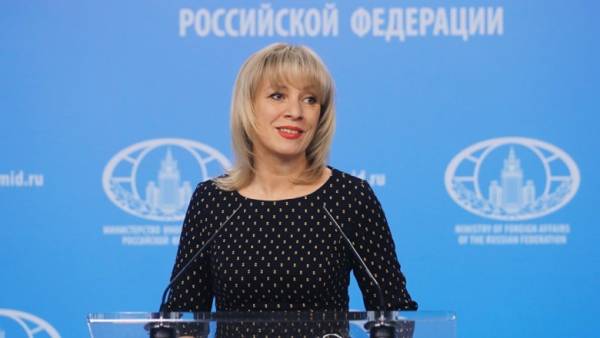 At the briefing Zakharova told about the details of the rescue of American and said his name — John Martin William the Third.

“During the test, all the information established that the American was in Soldotna, Alaska and lives in anchorage. Turns out he was traveling on the Yukon river, Alaska, personal single boat, and about two weeks ago decided to go into the open sea, and due to the difficult weather conditions and lack of navigation AIDS spent several days in the open sea. In fact, the way he was on the territory of the Russian Federation”, — said Zakharov.

According to her, the traveler has already passed a medical examination, during which it was determined that it is in satisfactory condition. Zakharov stressed that the local government has already notified the U.S. Consulate General in Vladivostok.

“It is planned that it will be delivered to Anadyr… All with good, and will be even better”, — said Zakharov.

Earlier it was reported about the detention of a US citizen in the village of Lavrentiya in Chukotka. It was reported that he asked for political asylum in Russia.