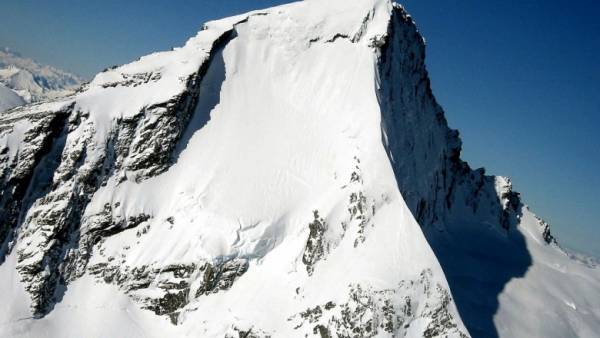 Grub during the ascent caught by the bad weather, prevented its further movement along the route. The weather forecast has not improved for nearly seven days, all the while he waited for help, dug out for himself a cave in the snow.

About the disappearance of Terry Grub became known on Monday, when he didn’t return in the estimated time with the ascent to the top of the mountain, Aspiring (height 3033 m). That Grub is still not back from climbing, rescuers said his companion.

On Tuesday, the rescuers received a signal sent from emergency satellite device (beacon) climber. More precisely, the device itself has generated a distress signal, sending it to the American company-the supplier of these devices. An American company, in turn, contacted the coordination centre of the rescue service of New Zealand and reported data on the location of the climber.

However, the search for the missing climber was hampered by bad weather conditions: wind speed in the mountains reached 60 km per hour, also did not stop heavy snowfall and the temperature dropped significantly below zero degrees Celsius.Rescue operation

Rescuers were able to find the climber only on Thursday — during a brief improvement in the weather.

The helicopter is about 10 minutes circling in the area where, according to the beacon coordinates were supposed to be Terry’s Grub. In the end, the climber heard the helicopter and came out of his hiding place.

Rescuers were surprised that Terry’s Grub was able to stand up and wave, attracting the attention of the helicopter crew.

Due to strong winds, rescuers had to abandon the descent from the helicopter on a rope using a winch — they got to Grub on skis. A rescuers brought a tent, clothes for Grub and a hot meal. Due to bad weather conditions and avalanche situation, the rescuers had to set up camp and stay the night on the slope with a climber.

Equipment Terry of Grub — including a sleeping bag and torch — was discovered below the hill. Obviously, Grub was sure that going back from the top of a day of climbing before nightfall.

On Friday morning the weather improved a little and the rescuers were able to deliver the Grubs to the hospital by helicopter.