The largest natural fire in California broke out because of a flat tire truck, causing the metal rim drove the spark in contact with the road surface. 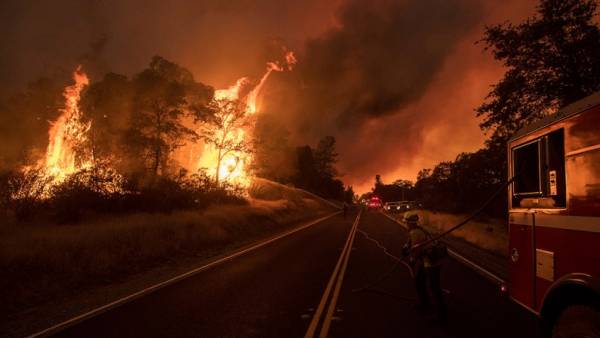 As reported by CNN, the experts of Department of protection of forest lands and fire protection state described the cause of the fire “Carr” on 23 July as “mechanical failure of the vehicle”.

According to the latest data from the office of the fire raging in Shasta County, covered an area of 573,9 sq. km.

In late July, it was reported that the economic damage from the fires in Northern California could exceed $100 million.