In Denmark, the first woman fined for wearing niqab

Moscow. 4 Aug. INTERFAX.RU First woman fined for wearing the niqab in Denmark in accordance with recently enacted a law prohibiting the wearing in public places clothing that cover the face, writes on Saturday The Guardian. 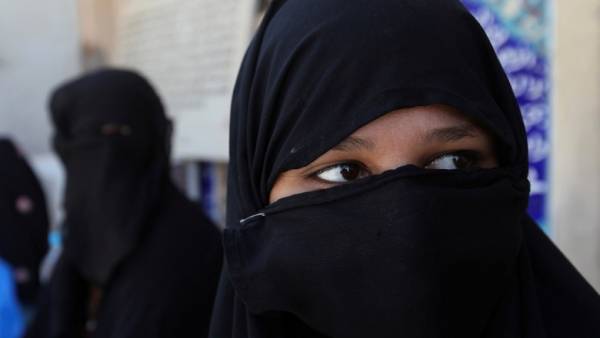 On Friday, police responded to a call at a shopping centre in Horsholm, near Copenhagen. The visitor center came into conflict with a woman dressed in a niqab, and tore the headdress from her face. By the time police arrived, the lawbreaker was again in niqab; despite this, the police checked the security cameras to make sure that woman went with a closed face at the Mall.

After that, she was fined 1,000 kroner ($165) and asked to remove the niqab or leave a public place. 28-year-old lawbreaker chose the second option.

From 1 August in Denmark entered into force the law against wearing face-covering clothing in public places. Under the “public place” means to transport, schools, hospitals, and buildings of state institutions. A single violation of this prohibition is a penalty in 1 thousand CZK, for four violations in a row, the penalty will amount to 10 thousand CZK.

The wearing in public places of a scarf that hides only the hair, are still allowed.