“The country stuck in time”: that Russia is seeking in Africa

The expert said what happens in the CAR. 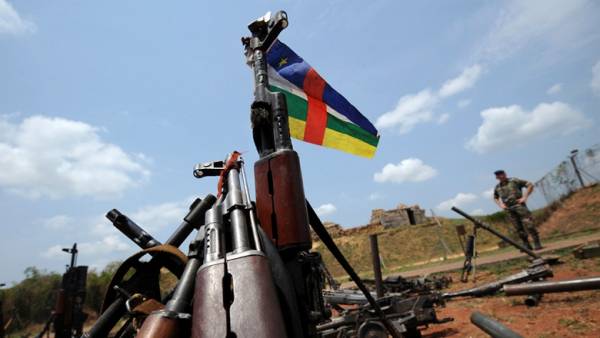 After the death of three Russian journalists in the Central African Republic, the attention of politicians and the public confined to this country. As developed in this state and that there looking for Russia “Газете.Ru” said Dmitry Bondarenko — corresponding member of RAS, Deputy Director of the Institute for African studies, Director of the International centre of anthropology of the HSE, Professor of the RSUH.

— Usually about SAM talking in the context of the reign of Bokassa and now, in connection with the death of Russian journalists. But how did the statehood of this Republic to Bokassa and informed?

— The concept of statehood is not so precisely defined in the world science. Early state formation begin to occur in the territory of modern Central African Republic in the 15-16 centuries, in the 16th and 17th centuries was the state of education Baguirmi Wadai, Darfur who were under the strong influence of the neighbouring Islamic States, and in them were eventually adopted Islam. The Europeans knew very little about these places, for them to know more Muslim merchants and rulers who traded and fought with those States. Muslim — Arab and African.

The Europeans appeared there only in the nineteenth century the colonial division of these territories occurred in the 80-ies — 90-ies of the century when I first came there, the French have demarcated colonial borders with England and Germany, who divided the neighboring territory, and thus was established the colonial rule of France, which created two very large territorial colonies in Africa, French West Africa and French Equatorial Africa, one of which included the current territory of the CAR. Actually, most modern French-speaking African countries included in the colonial possessions of France.

The CAR gained independence from France on 13 August 1960 and then there was a fairly typical African story. On the one hand, hopes that decolonization itself would offer the prospect of progress — social, economic, cultural. But in the end it does not, begins a fierce struggle between different political clans.

In addition, it appeared that France, the colonizer is gone, but in fact remained as the dominant force in the country, greatly influencing the political situation, began specific to Africa a series of coups. Then came to power, Bokassa, who by the way, did not fall out of the orbit of France, and he was able to establish its authority over a relatively long period, until 1979. He became famous for all sorts of atrocities and unconfirmed, as far as I know, conversations about cannibalism.

The civil war has ended, but we must understand that the country is economically one of the poorest in the world, very poor even by the standards of Africa, the country emerged from civil war as it usually happens with lots of free weapons and a huge number of young people without education, profession, job and no prospects in life but to take this gun and go to Rob.

Young people so just grab whatever political slogans. And it is necessary to add a regional context, consisting in the rise of terrorism in the region, events in Libya and in Mali, 2011-2012, constant tension, and the regular flashes of bloody civil wars in the neighboring Democratic Republic of the Congo and South Sudan. All this has led to the fact that the country has become one of the most dangerous on the continent.

— The CAR is considered “black hole”, nedogosudarstvom on the map of modern Africa, but are there specific differences, peculiarities of its development?

The country is very rich with diamonds and oil and gold and that is especially important now with uranium.

— The specifics of the events that we see in CARS today — not in some of their features, namely that they are today, when, unlike the 1970s-1990s, they had generally ceased to be characteristic of Africa. Currently, such countries on the continent remained little — Democratic Republic of the Congo, Somalia, South Sudan. AND THE CAR.

In this sense, we can say that the CARS are stuck in time.

— Tell us about the ethnic diversity of the population as it changed in the twentieth century?

— Modern ethnic composition of the population formed by around the nineteenth century, as for centuries, different waves of migration brought people of different origin on the territory of the Central African Republic. The first inhabitants were the pygmies, who now account for a fraction of a percent of the population. Mainly inhabiting its peoples belong to the language group of the Niger-Congo — gang, gbaya and others.