Son of trump spoke about the threats to his family

MOSCOW, Aug 3 — RIA Novosti. Son of Donald trump Eric stated that he had received threats in his address. 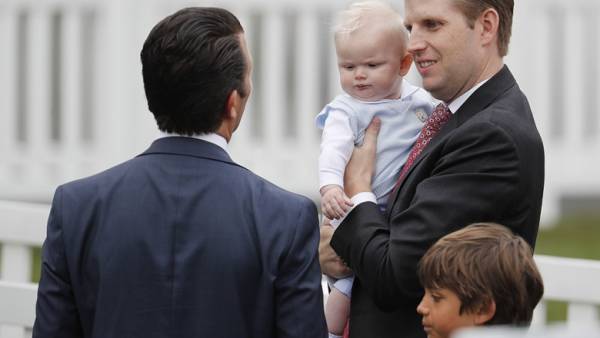 “I was threatened, our entire family was threatened, all of us. All of us at home had white powder” — he said in an interview with Fox News channel, asked the host about the threats against his family.

the Number of positively related to the U.S. of Russians has doubled, the survey showed

He also described as “absurd” and “hypocritical” many press reports concerning the activities of his father and the actions of the relatives of the President.

The us President feuding with a number of media, calling them “enemies of the people” and “fake news.” In response, the journalists criticize trump and publish regular leaks from the White house with incriminating information.

After the recent meeting in Helsinki with President Vladimir Putin on trump’s hit new charges. Opponents and political opponents criticized the President for the mere fact of the summit and what was said at the conference according to the results: the parties went through virtually the entire spectrum of bilateral relations and international issues and on some issues even reached practical agreements.