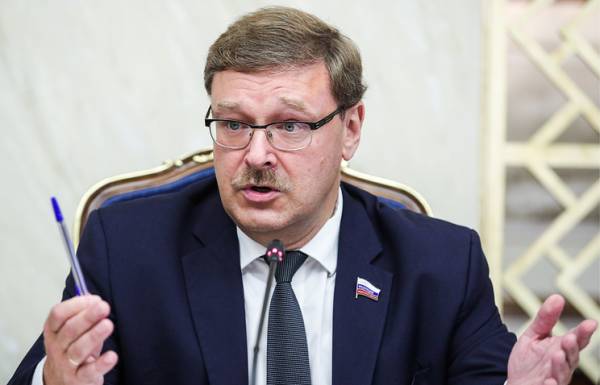 MOSCOW, August 3. /TASS/. A new bill on sanctions against Russia, introduced in the U.S. Senate, could be adopted, but it will affect bilateral relations between countries, not on Moscow’s policy. Such opinion, answering a question of the correspondent of TASS, was expressed by the Chairman of the Federation Council Committee on international Affairs Konstantin Kosachev.

According to him, the proposed group of U.S. senators, the initiative of the “normal operating conditions” would not have prospects, “because of the sanctions there is no reason”. “But anti-Russian sentiment in Congress is now heated to the max, and as you get closer to [the interim parliamentary] elections on 6 November, the common sense in the actions of American politicians will increasingly dissolve in the opportunistic considerations of the election campaign. Therefore, this odious project might sooner or later see the light of the law”, – stated the head of the Committee.