British scientists have uncovered the mystery of the Bermuda triangle

British scientists said they succeeded to solve the mystery of the Bermuda triangle. Researchers believe that the reason for the disappearance of ships in this dangerous area could be huge waves, according to “World 24”. 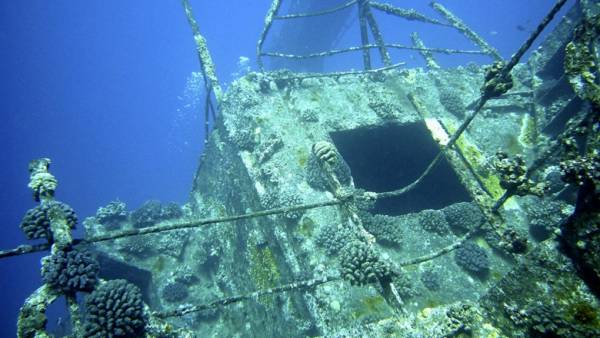 The Bermuda triangle is a region with an area of 700 thousand square kilometers in the Northern part of the Atlantic — for many years notorious. There is not just missing ships and planes. In some cases, set on their quest expeditions did not find any debris and sometimes ischeznuvshie court found completely empty in the middle of the sea.

According to employees of the University of Southampton, in the sinking of ships in the Bermuda triangle can be guilty of so-called Rouge waves with a height of 20-30 meters and more.News

Who owns treasures in sunken ships?

As explained by scientists, the giant “killer waves” appear suddenly and as if by themselves. For a long time they were considered a myth, although by the end of the twentieth century were able to capture thanks to new devices. In particular, in 1997, the satellites “see” such a rogue wave with a height of 30 metres the South African coast.

To test his hypothesis, experts from the University of Southampton have created a model of the American ship “Cyclops” disappeared in Bermuda triangle in 1918 with 300 people on Board. Arranging the experiment with the model, the scientists proved that a huge wave is able to split in two, even a very large ship, and what was “Cyclops”. After that, said the researchers, the ship quickly went under water together with the team and passengers. “The bigger the ship, the stronger will be the destruction,” — said the participant of the experiment, Dr. Simon Boksell. According to his calculations, the ship could sink in just two or three minutes.