The number of positively related to the U.S. of Russians has doubled, the survey showed

MOSCOW, 2 Jun — RIA Novosti. The share of Russians, who expressed their positive attitude towards the US, two months had doubled from 20% in may to 42% in July 2018, according to the survey “Levada-center”, published on Thursday. 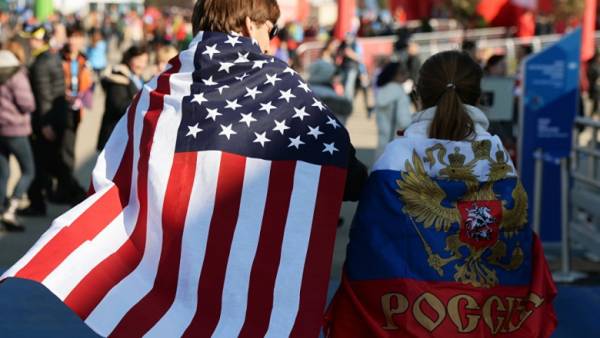 The study showed that 5% of respondents believe that relations between the US and Russia after a meeting of leaders “will significantly improve”, and 24% believe they are “somewhat better”, and that relations between Moscow and Washington “remain the same”, believe 53% of the respondents. Also, more than half of the respondents (68%) expect further expansion of economic, political and cultural ties with the West, rapprochement with them.

In Helsinki on July 16 was the first full-scale talks between the U.S. and Russia Donald trump and Vladimir Putin. The first presidents for more than two hours talking tete-a-tete, after which the delegation had lunch in the extended format and then answered questions from journalists. Following the meeting, the leaders expressed interest in improving relations between the two countries.

The survey “Levada-center” held from 19 to 25 July 2018, the study involved 1.6 thousand people over the age of 18 in 52 constituent entities of the Russian Federation. The study is conducted in the home of Respondent by personal interview.