Lukashenko reacted with humour on the rumors about the stroke

President of Belarus Alexander Lukashenko with humor took the rumors about the previous stroke, announced on Wednesday, August 1, the Belarusian TV channel ONT. 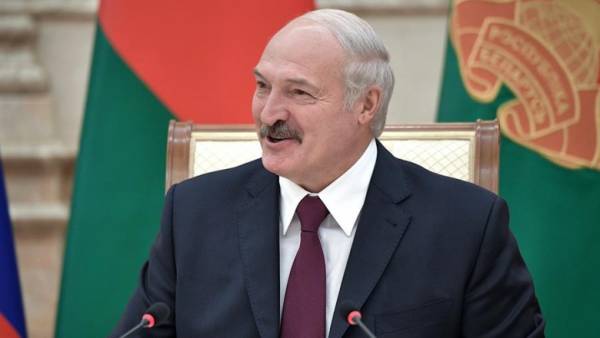 In the air were shown the interview of the Belarusian leader with one of the officials on the progress of the harvest.

“Next year I will report. You’ll live to see next year?.. You especially do not promise, and then I buried a day ago and you can “bury,” — said Lukashenko, addressing to the interlocutor with the Commission.

The video also shows how Lukashenko laughs when one of the reporters tells him about alleged health problems.

“Wait, I have another double running”, — joked the President of Belarus.

Earlier, the Ukrainian portal with reference to sources in the Belarusian journalistic community said that Lukashenko was hospitalized with a stroke, but because, as claimed by the portal, since July 28, not appeared publicly.

July 30, the press-Secretary of Lukashenko Natalia Eismont has described as “nonsense” reports that the Belarusian leader allegedly suffered a stroke.