Support of the President of France Emmanuel Makron has reached a record low. The reason is not only unpopular among the masses of economic and social reforms, but the recent incident with the security guard of the President Alexander Benally, who is credited with exceeding official powers, illegal carrying of weapons and even an affair with the French President. All this jeopardizes the constitutional reform planned by Macron. 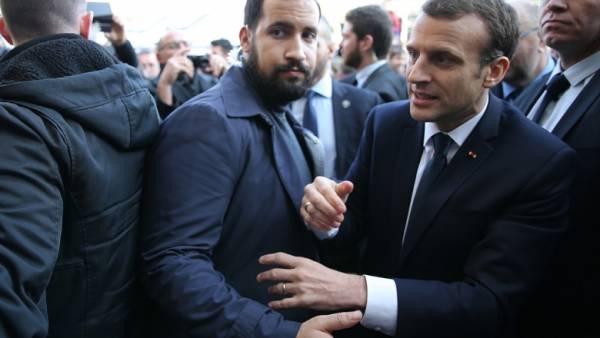 The French national Assembly twice rejected the censure motion against the government. To achieve the resignation of the government tried faction of the Republicans and the combined forces of Communists, socialists and the party of “Rebellious France.”

For adoption vote needed to 289 of the 577 deputies. However, the project “Republicans” supported only 143 deputies. The second vote was put to the vote rendered by the leftist forces of the Parliament. But it was supported by even fewer MPs — only 74 deputies voted “for”.

The head of the Center for French studies at the RAS Institute of Europe Yury Rubinsky in conversation with “Газетой.Ru” notes that there are no chances that the Parliament will approve the confidence vote, the opposition was not. “Because the ruling party “go Republic!” the absolute majority in the lower house. Disappointment and discontent among the population, and although growing, it is still not supported with adequate political expression. Extreme opposition, and the left and right represented in Parliament very modestly, they split,” — said the expert.

Realizing this, the President of France Emmanuel macron because he made votes not worried. Before the vote, he said that the initiative for the resignation of the government cannot be supported given the “reality of political forces and political arithmetic”.

However, to say that the unshakable power of the Makron, is not necessary. In July the rating of the French President broke its record.

According to the survey of the French Institute of studying of public opinion (IFOP), the activities of Makron on a post of the President satisfied with only 39% of French citizens. Thus, he beat his previous record, set in June and August 2017. Then the President’s rating fell to 40%.

In addition, 61% of the French, answering a question, whether they are satisfied with him as President, expressed “complete discontent”. Most of the President criticizing the supporters of “Democratic movement”, “Republicans” and the socialist party.

The estimate IFOP, you might say, is still quite optimistic. A week ago the French newspaper Le Figaro wrote that the support rating of Makron now is only 32%. The results of a survey conducted by the Institute for the study of public opinion Sofres KANTAR in may, was also disappointing — by the end of the first year of the presidency of the Makron his approval rating was 34%.