In Colorado trump’s portrait replaced a picture of Putin

He lived a joke not for long — the picture is almost immediately removed by the staff. 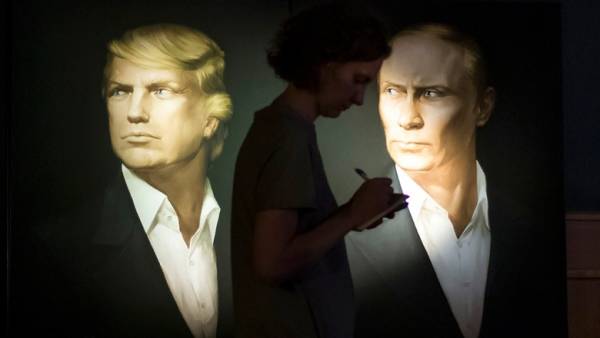 In Colorado at the Capitol building the place for the portrait of the President of the United States Donald trump put a picture with Russian chief Vladimir Putin. It managed to capture one of the state senators Stephen Feinberg, who posted a photo in his Twitter.

“Right in the Capitol of the state of Colorado, in the hall of presidential portraits…#Patenbrigade,” accompanied by the sarcastic hashtag a photo of the incident Feinberg.

As seen in the Colorado State Capitol Hall of Presidential Portraits today…#putinpotus pic.twitter.com/cW2cmqtmWM

Unknown prankster said thus continued absence in the gallery of a portrait of the current President of the United States Donald trump. According to the Miami Herald, for the installation of organization Colorado Citizens for Culture (Cultural group of the citizens of Colorado), which raises funds for the creation of the President’s portrait for the gallery in the Capitol.

The head of the organization Jay seller told the publication that after one and a half years of the reign of trump, they have collected only 45 dollars necessary to pay for the portrait 10 thousand dollars.

The man noted that the pictures of other presidents funded rather the money have been going for four or five months to rule.

The guide, passing in front of the gallery, soon informed the workers about the appearance on American soil painted Putin and the image of the Russian head removed.