MOSCOW, 26 Aug — RIA Novosti. The General Director of NPO Lavochkin Sergei Lemeshevsky refused to admit guilt in the fraud, the correspondent of RIA Novosti from the audience Babushkinskaya court of Moscow. 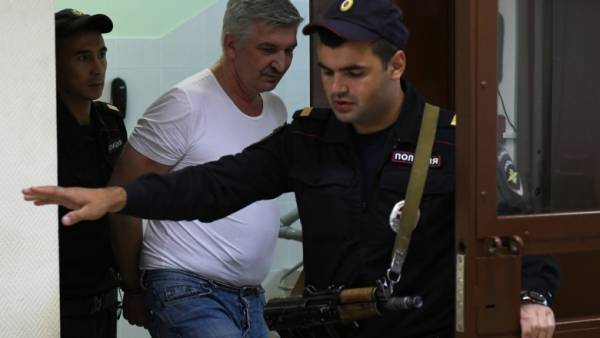 The judge stated that the testimony of the defendant indicates that minor defects may be assigned a disciplinary penalty. In the case stated that the law firm provide civil legal relations.

Guilt also did not recognize the Director of the legal Department of the organization Ekaterina Averyanova.

The third defendant in the case, the lawyer Igor Tretyakov is located in Irkutsk and returned to Moscow on 29 July. In the company “Tretyakov and partners” said that he is ready to cooperate with the investigation.

According to them, the lawyer available for the communications, ready at any time to provide all necessary information and, if necessary, to interrupt his vacation.

The company said that Tretyakov had gone on Baikal festival Jet Fest even before it became known about initiation of proceedings against him. On the morning of 25 July, the staff of GSU SK of Russia across the Moscow region came with a search warrant in the law office. By this time, according to the interlocutor of the Agency, Tretyakov had already departed to Irkutsk.

The General Director of NPO Lavochkin, the Deputy of Moscow region Duma, Sergey Lemeshevsky, Chairman of the Directorate of legal support of NGOs Catherine Averianova and Chairman of the law firm “Tretyakov and partners” Tretyakov charged with fraud in especially large size. In the UK, said that Tretyakov disappeared and is declared in Federal search.