Moscow. July 26. INTERFAX.RU — the Tver court of Moscow sent under arrest of the former first Deputy Minister of EMERCOM of Russia, General Sergey Shlyakova, accused in a large fraud, the correspondent of “Interfax”. 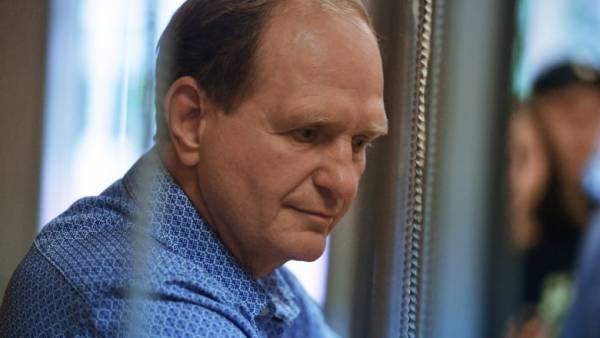 “The court concludes that the petition of the investigating authorities justified and subject to satisfaction. (…) The court decided: to elect against Shlyakova a measure of restraint in form of detention for a period up to 25 September 2018”, — announced the decision of the judge Maria Sizintsev.

On 25 July, the source of “Interfax” reported that Shlyakov detained in the suburban village of Bear Lake after searches at his house.

According to investigators, he promised for a reward to help a former assistant Minister and former representative of the Governor in the Federation Council of the Yaroslavl region Yuri Udalova to the position of Governor of one of regions

While the former Deputy Governor of the Yaroslavl region and a former member of the Federation Council Yury Udalov recognized as a victim. According to investigators, in may 2018, he appealed to law enforcement bodies with the request to “stop the criminal activities of the” ex-Deputy Minister of emergency situations Sergey Shlyakova, according to the materials of the case.

According to lawyer Ruslana Kobleva, Shlyakov pleads not guilty and strongly denies any involvement in the Commission of a crime.