Children in the streets. Where did these hipsters and where did they go

They loved jazz, was inspired by the hipsters and helped the civil rights movement for African Americans. 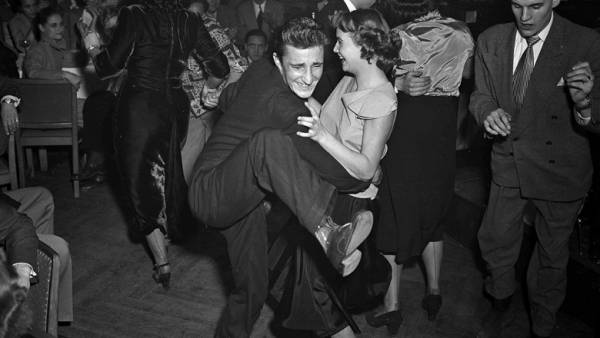 The absolute majority of people living in the twenty-first century people, the word “hipster” is associated exclusively with beards, black-rimmed glasses, plaid shirts and rolled up pants. Meanwhile, the hipsters first appeared in the days when not that Apple products have not yet left the garage, but Steve jobs was not born yet. The original hipsters were due to the jazz. Black music that emerged in New Orleans at the turn of the century, quickly gained the popularity. The “roaring twenties” — a time of carefree wealth, cannot be imagined without the jazz-bands.

Is “sugar” groups: what you should know about the birth of rock ‘ n ‘ roll

In 1930-e years the popularity has gained new areas of jazz: the swing and bebop. The first was a more westernized version of jazz and actively performed by white musicians. The second was a kind of attempt to protect the copyright: trumpeters dizzy Gillespie and Charlie Parker introduced a super-fast rhythm of execution that would not have been able to repeat the music lovers.

New directions is perfect for dancing and quickly became popular among young people, and to refer to fans of jazz began to use the phrase to be in the hip — “be subject”. Yes, the same that was the basis of the term “hippie”. In the case of jazz, the word has undergone a certain evolution: originally, African Americans pronounced it as “Hep” (eng. hep), and fans of jazz were called “Hep cats” (eng. hep cats). By the end of 1930-ies in use were the words “hip” and “hipster”.

However, quite quickly the word “hipster” has been called not just a lover of jazz as representative of a particular subculture with its own appearance, demeanor, philosophy, and even language. Famous white jazz musician and showman Cab Calloway in 1939 he published a book Hepster”s dictionary, which gives an idea born in Harlem slang. According to the Cab, a hipster is “a person who knows all the answers, someone who understands slang.”

Very the black Panthers. Why dark-skinned girls have become the new standard of beauty

Not just hipsters loved jazz, they tried to imitate the jazz and do jazz philosophy of the life. Despite the fact that jazz was born in the poorest areas of American cities, his main audience was middle class and high society. African-American musicians would never be allowed in places where they played as guests. So the music and its fans existed essentially in two parallel dimensions, separated by a wall of segregation. Hipsters tried to break her.

As children of fairly wealthy parents, they nevertheless attended the jazz concerts not only in decent schools white parts of new York, but in Harlem, which became in the interwar period, the real center of jazz. Hipsters were interested in not only music but a way of life of African-American jazz musicians.

Due to the fact that the American dream was unrealized for African Americans, they lived for today, not thinking about the future and enjoyed life in all its manifestations. Music, dancing, sex and drugs — the simple joy of the inhabitants of Harlem was a great success adopted stray white youth.

“In places like Greenwich village, the triple Alliance has acquired finality: people of Bohemia and the young offender came face to face with the Negro, after which the hipster has become a fact of American life. Marijuana was for this Union, the marriage certificate, and the offspring was the language of the hipster, special Argo who submitted an abstract state and feelings familiar to all who professed hipsterism”, — so described the phenomenon of the hipster American author and playwright Norman mailer in the 1957 article “the White Negro.”

Hipsters have become almost the first subculture, to break the wall of segregation. White and black played jazz, danced in the clubs of Harlem, had smoked marijuana and — horror of horrors — were engaged with each other with love. In new York state for interracial marriages in jail, of course, not planted, but this attitude, to put it mildly, was not encouraged. Hipsters horrified American society their total nonconformity and negation of the accepted norms. In a world where blacks and whites could not even sit on the same bus stop, so close contact shocked.

Hipsters began to appear in the Negro ghettos of Central and Northern cities before world war II. But in its infancy it existed, for example, in Harlem before. His face is like a mask, because the explicit expression of emotions for him a taboo. He speaks in a jargon that is difficult to understand, and lives for pleasure: jazz music, sex and drugs. He is outside the law, outside of human emotions, ambition, money, even beyond good and evil. He is against whites and colored.Francis Newtonise journalist and writer , “the Jazz scene”

The mailer knowingly emphasized the triune basis of hipsterism: after the war, in addition to black musicians and young whites in the subculture joined the representatives of the creative intelligentsia, as they would be called in the USSR. Beatniks liked jazz, sincerely indignant prevailed in the United States segregation and have joined the hipster-jazz parties.

After the explosion of the first Soviet nuclear bomb in 1949 and the establishment in China of Mao’s regime in the US started this anti-Communist hysteria. The witch hunt of Senator McCarthy caused among the hipsters the opposite effect: they were against Communist ideology and against the anti-Communist. And the possibility, however tenuous, nuclear doomsday only strengthened hipsters in their allegiance to the principle of “live today”. Hipsters finally formed as immoral anarchists, prone to decadence.

The appearance of the hipsters had to emphasize their kontrkulturnaya. Gentlemen wear suits? We put absurdly wide leg zoot. Mandatory headgear? Beret, like the beatniks, help us to stand out from the crowd. A tie? With monkeys or drawings in the style of pin-up. The first time the huge popularity of the zoot suits — it is absurd wide-leg pants and jackets. It was believed that in this way the hipsters ridiculed the traditional fashion of white capitalists.

Over time, the change of ultra-wide trousers came in a narrow drainpipe trousers and three-piece suits gave way to more affordable options. With the advent of the subculture of the beatniks, the hipsters took over from them some solutions. Particularly popular are berets, shawls and scarves, glasses in thick black frames and vests. To talk about the impact of the subculture of hipsters in modern fashion is difficult — too much temporal distance, but in 1940-1950 hipsters influence was felt across the planet.