BRUSSELS, 26 Jul — RIA Novosti. The European Union has been submitted, States, “the Crimean Declaration”, noting that it would continue to adhere to the non-recognition policy and restrictive measures, said on Thursday, RIA Novosti the representative of the EU institutions. 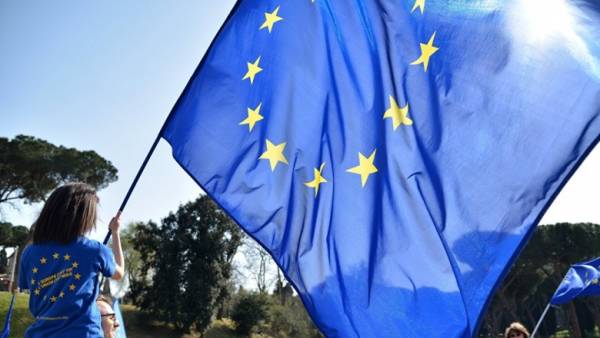 The U.S. state Department released on Wednesday, “the Crimean Declaration” is a formal document that defines the non-recognition of the Crimea part of Russia, the official policy of the United States. The goal is the formal codification of U.S. policy towards Crimea.

“Declaration of the United States on the Crimea illustrates a firm and principled position of the United States against the illegal annexation of Crimea and Sevastopol and the violation of the sovereignty and territorial integrity of Ukraine. As clearly stated in the statement of the high representative for foreign Affairs and security policy Federica Mogherini on behalf of the EU of March 16, 2018, the EU does not recognize and continues to condemn the illegal annexation,” said the EU.

“We remain firmly committed to the sovereignty and territorial integrity of Ukraine and the full implementation of our policy of non-recognition, including through restrictive measures. It is a violation of international law still is a direct challenge to international security and has serious implications for international legal order that protects the unity and sovereignty of all States”, — said the source.