Serdyukov commented about the wedding Vasilyeva 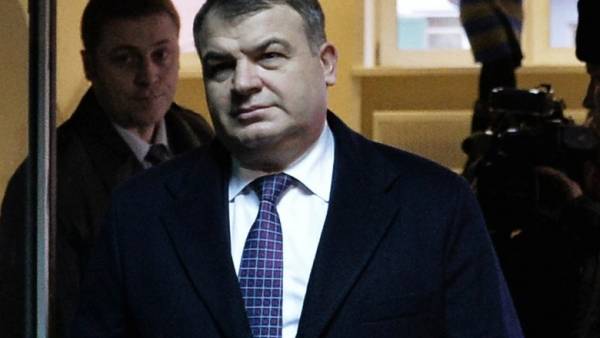 The wedding Serdyukov and Vasilyeva in mid-July, said the TV presenter Andrey Malakhov in his column in the magazine “StarHit” (Malakhov — chief editor of the magazine). In the biography Serdyukov on the website of Rostec States that he was married.

Vasiliev was a defendant in the case of the sale of real estate under the control of the Ministry of defense of “Oboronservis” (combined non-core assets of the military Department) at low prices.

Damages in the case, the investigation was estimated at 3 billion rubles On some episodes Vasiliev was justified the court, on the other — she was sentenced to five years in prison and a fine for embezzlement and money laundering of the Ministry of defense. The sentence was handed down in may 2015 In August of the same year, Vasiliev was released on parole — the court took into account her stay under house arrest for a long time. In the colony she spent less than a month.

Anatoly Serdyukov was defense Minister from February 2007 until November 2012 He was dismissed on the background of the case “Oboronservis”. Serdyukov himself testified at trial as a witness. 2015 Serdyukov a member of the Board of Directors of “Helicopters of Russia” United engine Corporation, concern “radio-Electronic technology” and “KAMAZ”. In 2016, the “Interfax” reported that Serdyukov became the superintendent of the building in the Dairy lane, where the apartment Evgenia Vasilyeva.

President Vladimir Putin, commenting on the resignation of Serdyukov at a press conference in 2012, said that as a Minister that “in General, with regard to the reform of the Armed forces, was moving in the right direction.” “That’s what the leadership style, there really were questions, — said Putin. — But I fired him not for it. A fired because the investigation has reasonable doubts about that correctly lined up work associated with the sale of the property, and some other issues.” “Yes, there are doubts as to the correctness of the behaviour and decisions of the Minister of defence, so he’s relieved,” explained the President.