Source: ex-head of GSU SK across Moscow Dryanovo was charged with accepting bribes 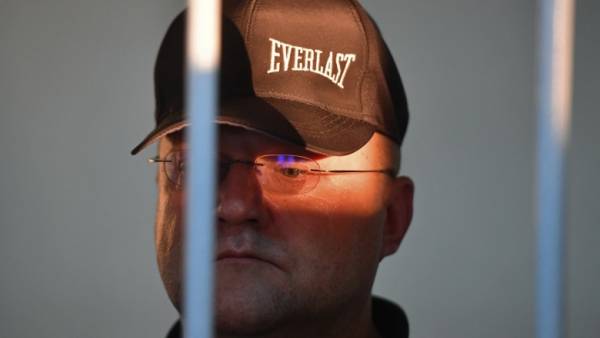 The FSB was charged with accepting bribes to the former head of the Main investigatory management (GSU) SK the Russian Federation across Moscow Alexander Drymanov. About this TASS said a source in the investigative bodies.

July 17, Lefortovo court of Moscow arrested Drymanov. This decision was appealed by the defence, the case will be considered on July 31.

23 January in Moscow city court at the session on criminal case of the head of management of own safety of investigative Committee Mikhail Maksimenko state Prosecutor Boris Loktionov said that in the negotiations about the diversion in relation to the criminal authority of Andrey Kochanova also participated Drymanov. At the time he passed on business by the witness. On March 6, the court had announced testimony of the Deputy chief of GSU SK the Russian Federation across Moscow Denis nikandrova, who is accused of receiving a bribe, who claimed to have given his chief a bribe of around €10 thousand, Drymanov denied it.

In early June it became known that General Drymanov has written the official report about holiday with the subsequent dismissal. The report was endorsed, but the President’s order of his removal from office was not.