On the East coast of China fell to tenth this year, Typhoon “Ampil” 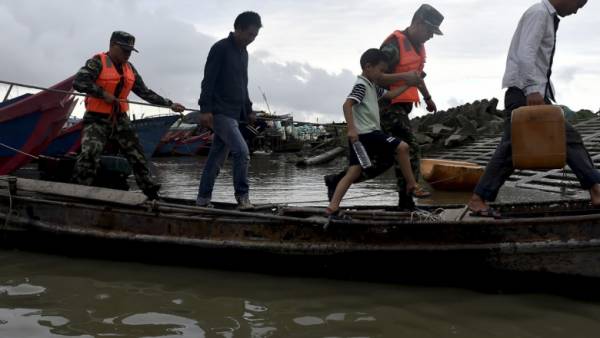 The tenth this year a Typhoon struck the coast of the island of Chongming, near Shanghai at 12.30 PM local time (7.30 GMT). Gusts of wind in the midst of a tropical storm reached 100 kilometers per hour.

The authorities still retain the introduced before the heightened “orange” alert level for the areas caught in the impact zone “Ampil” first of all, it’s coastal provinces Zhejiang and Jiangsu, and Shanghai.

More than 28 thousand vessels, including 22.9 thousand fishing boats were in coastal areas, returned to the shore, out to sea in the next two days is not recommended. Closed construction sites, tourist sites, entertainment parks, outlets on quays and beaches. Cancelled or postponed scheduled for Sunday major sporting events outdoors.

Emergency services are on high alert to prevent casualties and major damage from the elements. Authorities recommend citizens to refrain from going outside without the need to take precautions, to stay away from exposed coastal and mountain areas.