The US President Donald trump said that some media, broadcasting fake news, I want to see a serious confrontation between Washington and Moscow, which could lead to war between the two countries. 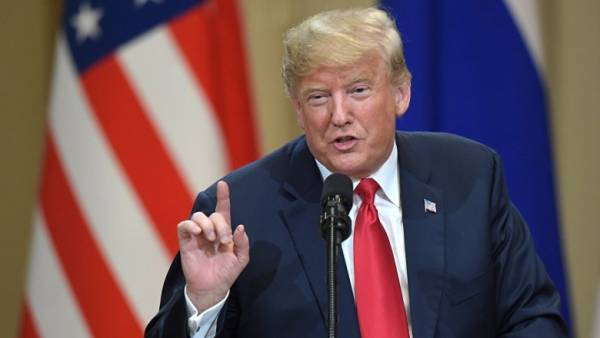 MOSCOW, 19 Jul — RIA Novosti. “Fake media so much want to see a serious confrontation with Russia, even a confrontation that could lead to war. They are so hard and recklessly crushed and hate the fact that I will probably have a good relationship with Putin,” wrote trump on Twitter.

The Fake News Media wants so badly to see a major confrontation with Russia, even a confrontation that could lead to war. They are recklessly pushing so hard and hate the fact that I’ll probably have a good relationship with Putin. We are doing MUCH better than any other country!

The first full meeting of the presidents of Russia and USA Vladimir Putin and Donald trump took place on 16 July in Helsinki. The first presidents for more than two hours talking tete-a-tete, after which the delegation had lunch in the extended format and then answered questions from journalists. Following the meeting, the leaders expressed interest in improving relations between the two countries.