Why VDV in Russia has not changed. 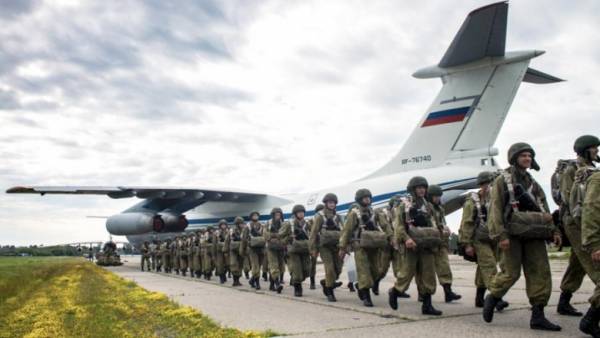 Russia’s armed forces held regular exercises of airborne troops. During the maneuvers with 45 heavy transport Il-76 was thrown a force of 1.5 million soldiers and 69 units of equipment. Conducted exercises at the same time demonstrate the capabilities of the airborne forces, and the boundaries of these possibilities. Iz.ru understand the prospects for the development of the airborne infantry.

In the Russian air force currently has about 120 Il-76 — this type of aircraft is primary used for parachute dropping. In the recent exercise involved, recall, 45 cars, which was enough for the landing parachute less airborne regiment including two battalions with armored vehicles. Thus, the total available fleet of Il-76 military transport aircraft, enough for parachute landings and one departure at least two regiments with the standard set of weapons and military equipment.

Given the composition of the Soviet military-transport aircraft, parachute dropping one division was the limit of the capabilities of the Soviet air force in the event of a large-scale conflict, without taking into account possible countermeasures of the enemy.

In practice, parachute troops, the airborne forces of the USSR in the postwar period, except for a few tactical episodes, it is not used, the most famous operation in Czechoslovakia in 1968 and Afghanistan in 1979 were carried out using the landing landing. In the ensuing Afghan war, and during both Chechen wars, units of the airborne troops were used either as air assault — leaving from helicopters or as normal infantry moving in armoured vehicles, trucks and on foot.

When compared with foreign armies, that Russia now has the most numerous contingent of the parachute parts is clearly greater than the cash Park military-transport aircraft.

This raises certain questions about the effectiveness of budget spending, given the high cost of specialized assault equipment and parachute training of personnel.

Thus severe limitations on the capabilities of technology, its desantiruetes, lead to the fact that when operating on earth as a normal infantry division, the airborne infantry was much inferior position and greater range of weapons, and much more firepower.