The murder of the Royal family is back in business. The TFR is re-examining the circumstances of the death of Nicholas II

The TFR continues the investigation of the murders of members of the Russian Imperial house in 1918. “To resolve all the circumstances of the death and burial of the Royal family, the investigation re-investigated all the circumstances relevant to the case. Scientists are studying about 2 thousand documents, including those discovered in 2017-2018 in foreign archives,” — said the press service of the TFR. 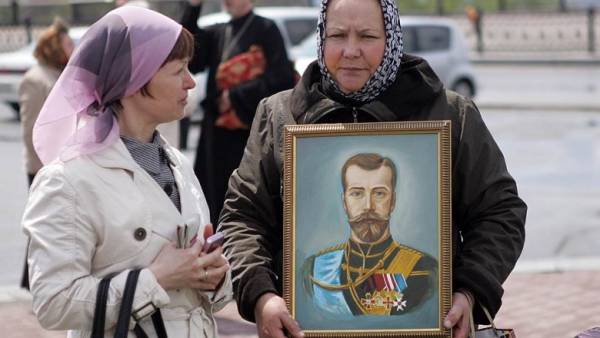 The last Russian Emperor Nicholas II, his wife Alexandra Feodorovna, Tsarevich Alexei, the Tsar’s daughters Olga, Tatiana, Maria and Anastasia and the four servants were shot by Bolsheviks on the night of 16 to 17 July 1918 in the basement of the Ipatiev house in Yekaterinburg. After the execution their bodies were taken out of the Verkh-Isetskiy plant near the village of Koptyaki and dumped in an abandoned mine, where it was partly destroyed by hydrochloric acid and partially burned. The charred remains were buried directly into koptelovsky the road.

The remains of the Royal family has long been considered lost. In 1979 geologist Alexander Avdonin and writer Geliy Ryabov Porosencova in the ravine near Sverdlovsk (from 1924 to 1991, the name of Yekaterinburg) found the burial of nine people, but they found the remains buried back. Information about the discovery was published the Lord of Adoniram only in 1991 and became a sensation. Identification procedure confirmed the identity of the remains to the family of Nicholas II and persons from his entourage. In 1993 by order of the government of the Russian Federation established the Commission for their study and reburial. The work of identifying the remains of the family of Nicholas II involved experts from the UK and Japan, USA. January 30, 1998, the Commission completed the work, confirming the identity of the remains to the Royal family and close to family people. In July 1998, the remains were buried in the Peter and Paul Cathedral in St. Petersburg. In 2007, were found the remains of two more the Emperor’s children — Alexei and Maria. In 2015, the expert group stated the authenticity of the remains suggesting to bury them in the Peter and Paul Cathedral.

Previously, investigators have repeatedly established the belonging of the remains of Nicholas II, his family members and persons from their environment, seven of the 11 discovered the remains correspond to the family group — mother, father, four daughters and a son.

In 2015, to assess the authenticity of research even has opened the tomb of Emperor Alexander III in the Peter and Paul Cathedral in St. Petersburg. Studies have shown that the remains more likely to belong to members of the Royal family.

In 2000 the Russian Orthodox Church (ROC) canonized the Emperor Nicholas II and members of his family in the face of the martyrs (martyrs, who with patience endured physical and moral sufferings and death at the hands of opponents and persecutors). The Church has repeatedly stated that it does not recognize the identity found near Yekaterinburg remains of the Royal family, as can not admit mistakes because it can cause a “worship limosum”. Press Secretary of the Patriarch Alexander Volkov earlier said that the Council of bishops, which will form the final position of the ROC on the issue of the authenticity of the Yekaterinburg remains, to be convened not earlier than two years. If this happens, the remains will be declared the newly-found Holy relics.

Now in Ekaterinburg are large-scale commemorative events dedicated to the 100th anniversary of the assassination of the Royal family (“Royal days”). To participate in the city there has arrived Patriarch of Moscow and all Russia Kirill. The main event of the “Royal days” will happen in the night from 16 to 17 July: Patriarch Kirill intends to personally lead the night service and the Royal procession from the Church on the Blood (place of death) to Ganina Yama (the place where the remains were destroyed). During the visit of the Patriarch of the Russian Orthodox Church emphasized that they do not intend to make any declarations of acceptance of remains.