Roscosmos said the timing of the launch of super-heavy rockets

MOSCOW, 17 Jul — RIA Novosti. Super-heavy carrier rocket must be launched from the Vostochny cosmodrome in 2027, said the head of Roscosmos, Dmitry Rogozin. 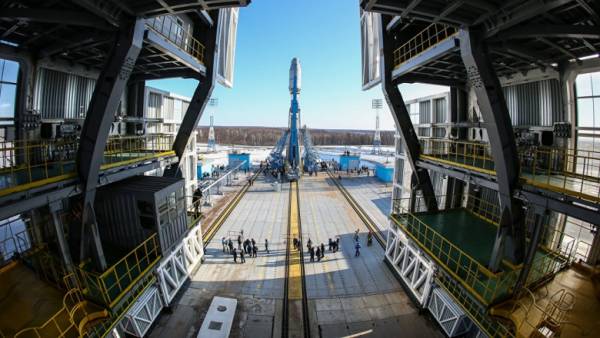 Earlier it was planned that the first launch of the new “shortage” will be held in 2028.

We will focus on fundamentally new rocket. To create in Samara, you are actually creating a new shop due to the fact that this project is very ambitious. We hope that it will go in the first flight in 2027. We have a President, and we will continue to perform.Dmitry Againgave “Roscosmos”

For the carrier rocket of superheavy class will create new engines running on liquefied gas and hydrogen, said the head of “Roskosmos”.

In March it was reported that the creation of a conceptual design “shortage” plans to spend 1.6 billion rubles.

The work on “shortages”

About the possible creation of the carrier rocket heavy class in Russia spoke for a long time. Thus, RSC “Energia” even before it was announced the official work on “shortages”, called Central rocket “Soyuz-5” not otherwise “elements of heavy missiles”.

“Soyuz-5” is also only created in Russia. It is planned that the first stage super-heavy launch vehicle will consist of the first few steps of the “Soyuz-5”.

In the beginning of the year Vladimir Putin has signed the decree about creation of super-heavy launch vehicle. Head developer of the complex assigned to the RSC Energia. By the end of 2019 should be completed the preliminary design of the complex.

“Shortage” will be used to fulfil future space projects, such as the moon and Mars.

As reported by RIA Novosti source in the missile industry to create a rocket can arrange for a special holding company headed by RSC Energia.