From the LCD to the UK

Instituted first criminal case against the management of the company that were included in the Urban Group. 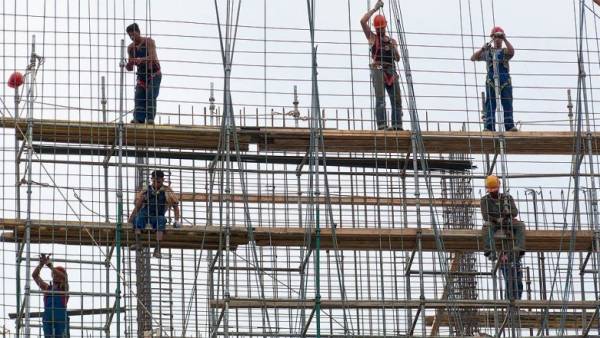 As it became known “Kommersant”, the Investigative Committee of Russia (TFR) opened the first criminal case in connection with the collapse of the Urban Group. The user part of the group Ivastroy, OOO is suspected of abuse of power — the money collected from the shareholders, the company has not been able to build in the Odintsovo district of Moscow LCD “kid”, for the completion of which now need 12 billion rubles In the investigation of the TFR has raided former CEO “Evestra” and co-owner of Urban Group, Andrey Puchkov, however, to detain it has not yet started.

A criminal case under part 2 St. 201 criminal code (abuse of authority causing grave consequences, the sanction — till ten years of imprisonment with deprivation of the right to occupy certain positions or engage in certain activities for a term up to three years) initiated the investigative bodies of the TFR for the Northern district of Moscow. Having satisfied the request of the investigation, the Golovinsky district court sanctioned the holding of a dozen searches in the apartments and houses of top managers Ivastroy, OOO and Urban Group.

With the validity and legality of judicial decisions and investigative actions not agreed only one of the defendants in the investigation, — Andrey Puchkov.

His lawyers appealed to the court of appeals of the Moscow city court, which on July 19 will consider just two of their complaint. Thus in a criminal case the accused is not — in any case, the Golovinsky district court none of the top managers of the Urban Group and the affiliated companies of a measure of restraint was elected. In the court of appeals of the investigating authorities, “Kommersant” have confirmed, a TFR of them did not comment.

However, according to sources, “b”, the basis of the criminal case could go statements are not only part of shareholders LCD “kid” living in the Northern district of the capital, but the principal owner of Urban Group, Alexander Dolgin, who has repeatedly blamed the problems of the companies included in the group of managers involved in the sale of real estate and advertising.

Note that this block before leaving his post in April 2018 and was in charge of Mr. Puchkov. Yesterday for comment he was unavailable. It is known that he is now the President of the Association of developers of the Moscow region.

Ivastroy, OOO started the construction of LCD “kid” near the eponymous village in the Odintsovo district of the Moscow region in 2016 after the previous one went bankrupt Builder, who erected there the LCD Like City, SU-155.

An ambitious project of Urban Group meant the construction of houses surrounded by artificial canals with bridges, overlooking the promenade with a length of several kilometers, “through which the object will resemble the gorgeous neighborhoods of Venice or Amsterdam.” New residents, the developer promised will be available 4 km of embankments for walks, 19 graceful bridges, “comfortable place on the coast where you can read a book or have a picnic.” And for the “account of the abundance of waters from the Windows of apartments opens a wonderful overview on the water front promenades”.

Only the developer intended to build 1.7 million square metres of housing, including 62 apartment buildings ranging in height from 4 to 12 floors, and 11 two-story townhouses. It was assumed that the new complex to be located more than 29 thousand people.

However, as found by the auditors of the Fund for the protection of the rights of citizens—participants of share building, has addressed in Arbitration court of Moscow region with the statement for bankruptcy Ivastroy, OOO, the company entered into 2595 contracts of participatory construction in the amount of 6.7 billion rubles. in the objects and not in operation. Have Ivastroy, OOO did not have the resources necessary to complete the work and the actual costs to the facilities already on 23% higher than the planned cost of construction, since construction work was carried out at inflated norms and prices. In this case, the developer was not confirmed by the expenditure of about 380 million roubles for the houses, not commissioned. The construction itself was carried out with significant violations of the participants Glavgosstroynadzor Moscow region dozens of times was brought to administrative responsibility. On 9 July the Tribunal declared Ivastroy, OOO bankrupt.