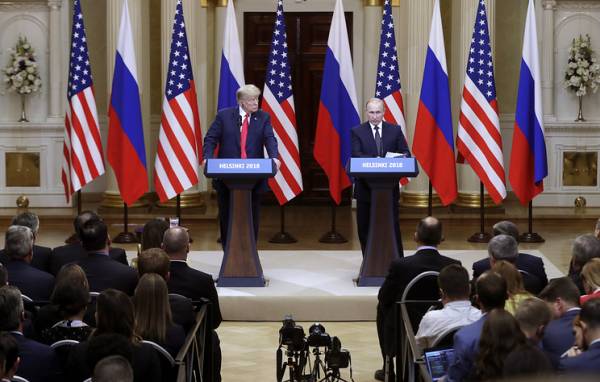 MOSCOW, July 16. /TASS/. The presidents of Russia and USA Vladimir Putin and Donald trump considered his first full meeting, held on Monday in Helsinki, as an important step towards the normalization of relations between the two leading nuclear powers.

Bilateral relations “have never been worse than now” but “it’s changed about four hours ago,” solemnly said trump, referring to the beginning of the Helsinki summit.