The ROC was allowed to bury unbaptized infants

EKATERINBURG, 14 Jul — RIA Novosti. The Holy Synod of the Russian Orthodox Church (ROC) has approved the rite of the burial of unbaptized infants, it will be mandatory for all parishes, told reporters on Saturday the press Secretary of the Patriarch of Moscow and all Russia priest Alexander Volkov. 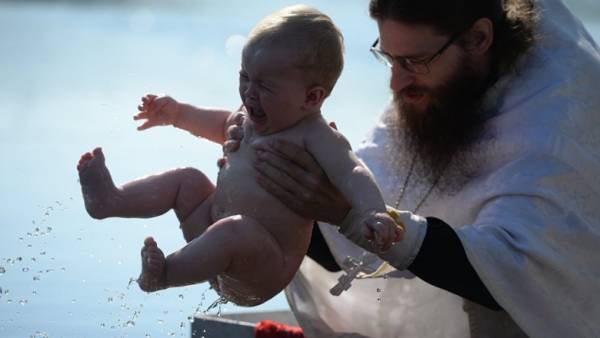 “As you know, before the Church it was not possible to bury unbaptized infants. Sometimes they are born dead, is that in the first hours or days die suddenly due to various circumstances beyond human capabilities. Of course, bereaved parents come to the temple and ask the priests to perform at least some kind of rank over the dead, looking for their own comfort,” said the priest.

According to him, the theological understanding of the state of mind of the deceased baby has not been fully determined, there are different points of view regarding this issue. “But in any case the funeral in the form in which it relates to the dead in the age of reason is connected primarily with prayer for the forgiveness of sins. This cannot be attributed to unbaptized babies who can not have personal sins,” — said the press Secretary of the first Hierarch of the Russian Church.

Approved by the Synod of the burial service, he said, is designed to help parents bereaved by the early death of their children, and become a “Liturgy of love”, relative to remaining alone.

Earlier, the Russian Orthodox Church has approved liturgical rite of consolation to the relatives whose loved ones had committed suicide.