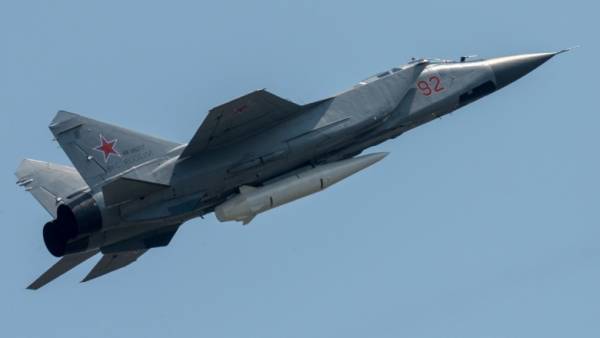 Hypersonic missiles from the composition of the newest Russian complex “Dagger” was successfully tested and, most likely, can be ready for combat use by 2020. With such a statement issued on Friday, the CNBC, which cites sources familiar with the intelligence reports the United States on this topic.

According to them, to date, three tests of the “Dagger” was successful. The last of them took place this month. The missile hit the target at a distance of about 800 km, says CNBC.

Just Russia held to date, 12 tests on fighter-interceptor MiG-31, the sources of the TV channel. Now, according to them, work is underway on preparation of tests “Dagger” on strategic bombers. CNBC notes that currently, the US does not possess the means of defence with which to protect themselves from “Dagger”.

Previously, the TASS source in the Russian defense-industrial complex reported that the hypersonic missile of the complex “Dagger” experience in the far bomber Tu-22M3.

For the first time about the complex “Dagger” in March of this year, announced Russian President Vladimir Putin.

The missile system flies at 10 times the speed of sound and is able to overcome all existing and future missile defense and air defense.

Today in the “Dagger” part of the MiG-31K, capable of carrying only a single hypersonic missile.