Trump called the reunification of the Crimea with Russia, “Obama disaster”

LONDON, July 13 — RIA Novosti. Donald trump said that if he were President of the United States in 2014, it would not allow the reunification of the Crimea with Russia. 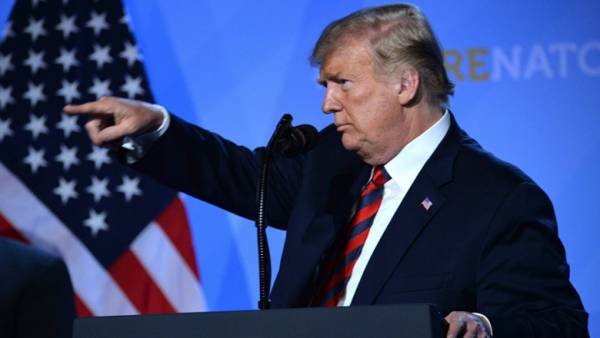 He stressed that it happened during the presidency of Barack Obama.

“It was a disaster Obama. I think if I were the President, he (the President of Russia Vladimir Putin. — Approx. ed) he couldn’t take it,” trump said at a joint press conference with Prime Minister of great Britain Teresa may.

On the eve of us President mentioned that at the NATO summit.

“What happens with Crimea then — I can’t tell you. But I don’t like the situation with the Crimea. But again, this was the change Obama, not trump,” he said.

Crimea became a Russian region on the basis of a referendum held in March 2014, after a coup in Ukraine. For reunification with Russia voted 96,77% of voters of the Republic of Crimea and 95.6% of Sevastopol citizens. Ukraine considers the Peninsula its but temporarily occupied territory. Moscow has repeatedly stated that the people of Crimea decided in a democratic way, in full compliance with international law and the UN Charter. According to Vladimir Putin, the question of Crimea is closed completely.