Found the source of “Beginner” in the UK

British police found the source nerve agents “Newbie” that had poisoned a couple of the residents of Amesbury. About it reports Reuters. 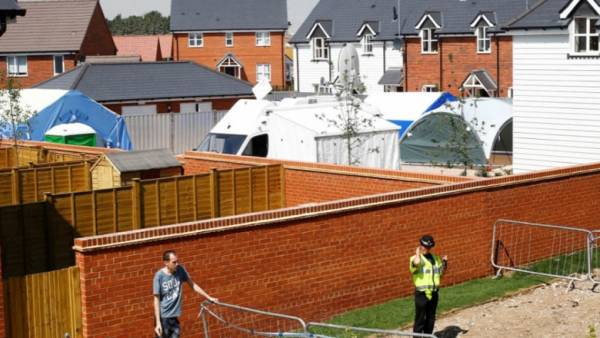 As noted, this is a small bottle. She was found at home men suffered from exposure. The police stated that tests have confirmed that the inside of the bottle was just a “Newbie”.

A couple of Brits — Charlie Rowley and don Sturgess — June 30 poisoned in Amesbury. It was found that they were exposed to nerve agents “Beginner”, which in March in the nearby town of Salisbury was poisoned by a former GRU officer Sergey Skripal and his daughter Julia. A few put in the same hospital, where he was treated Skrypali, however, the woman died. Rowley also came to the evening of 10 July.

The police claimed that the British were able to find a container in which Salisbury was brought a “Newbie”. The British defense Ministry has accused Russia of death of women from a “Newbie”. Moscow denies the accusations.