To see the mammoth: prehistoric animals will be able to clone

MOSCOW, July 13 — RIA Novosti, Alfia Enikeeva. Technology of cloning, DNA sequencing and cell reprogramming make it possible to resurrect extinct species. RIA Novosti says how far technology has advanced, why it is still not cloned a mammoth, and who scientists are going to revive in the future. 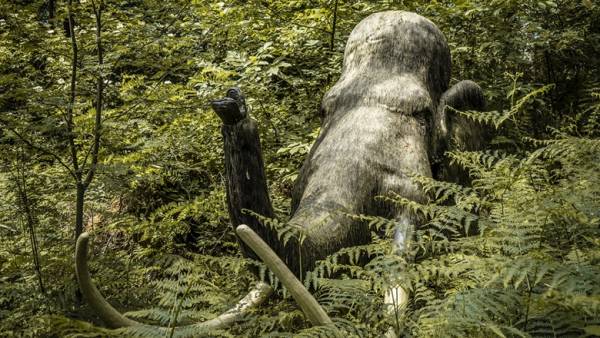 In March, when he died last male Northern white Rhino named Sudan, experts said that in the near future, these animals will disappear forever, because in the world there are only two individuals — the females Najin and Fatu. However, recently reported: the population can recover. Using the latest reproductive technologies to the European biologists have created a hybrid embryo by combining the sperm, taken three years ago from Sudan, with the eggs of his usual African relatives.

Now scientists are going to take eggs from two females and to have a purebred embryos. Bear cubs are likely to be surrogate mother from the South African population of white rhinos. Therefore, the Northern subspecies to recover, biologists believe.

What is lacking for successful cloning

To resurrect other extinct species so quickly. Cloning by classical technology when the egg is inserted into the nucleus of a living cell, it is impossible. In the soft tissues of mammoths, very well preserved (discovered mostly in Yakutia), no cells. Moreover, even in ideal storage conditions of permafrost cells, and hence DNA are destroyed.

According to experts, already using 158 thousand years after the death of the animal half of the bonds between the nitrogenous bases of its DNA will be broken. That is why, for example, you cannot clone naticia dinosaurs, which became extinct in the late Cretaceous period (about 65 million years ago). Their DNA destroyed, and the proteins extracted from the bones of a Tyrannosaurus Rex and brachylophosaurus and even partially decoded, not suitable for cloning of these prehistoric giants.

However, sometimes in samples of frozen tissue fails to find separate nuclei of cells, but when the remains of ancient animals thaw, everything disappears. To preserve the cell structure during thawing, scientists do not yet know how.

Nevertheless, for two decades there is talk about the resurrection of the woolly mammoth (Mammuthus primigenius). Paleontologists often found intact soft tissue areas of these animals. Reported even that discovered the blood of mamontiha, but, unfortunately, further tests proved that only interstitial fluid.

In 2011, researchers at the University of Pennsylvania reconstructed the DNA of a mammoth 70 percent, and in 2015 their colleagues from Harvard University moved the 14 genes of a prehistoric animal alive in a cage Asian elephant. Using CRISPR/CAS, scientists have inserted into the genome of the cells of the skin of the elephant genes responsible for small ears, thick subcutaneous fat layer and long fur.

However, many experts are skeptical. It will not a mammoth, and intergeneric hybrid (modern elephants and ancient mammoths — distant relatives). Such hybrids are generally unsustainable. Only one known precedent. Cub born at Chester zoo in 1978 from the Asian elephant and the African elephant, lived for only 12 days.